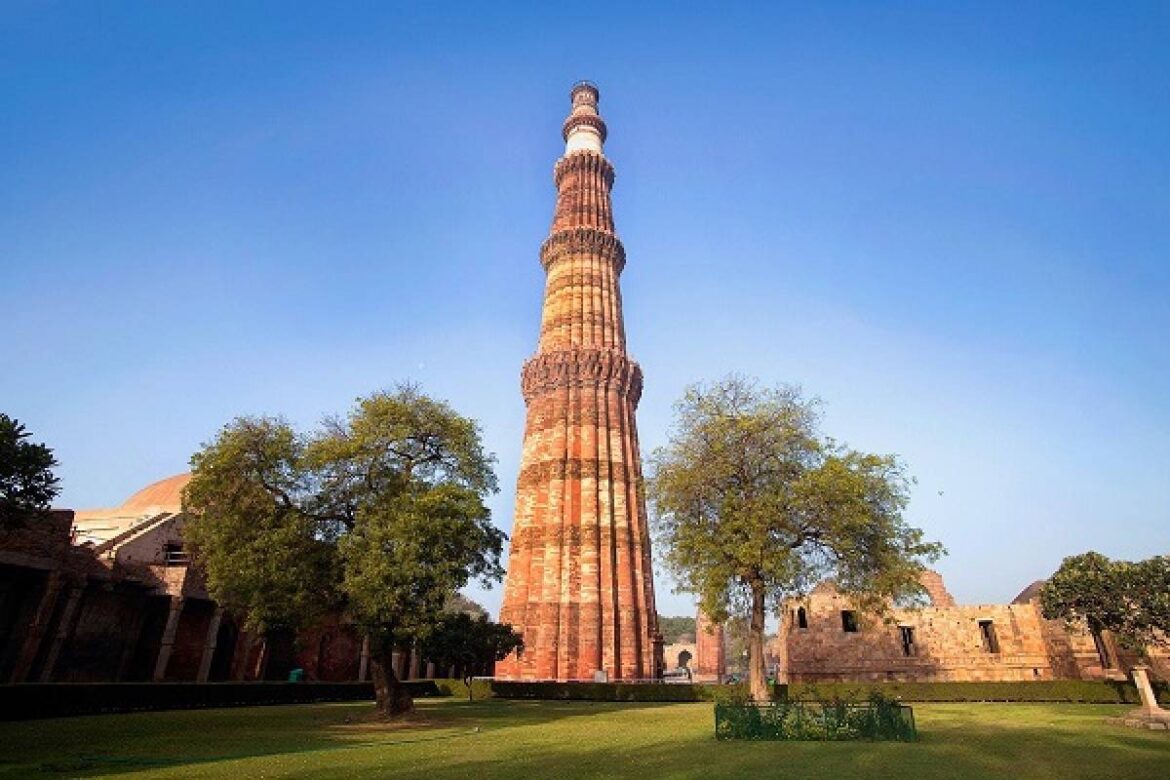 A civil suit has been filed in a Delhi court seeking restoration of 27 Hindu and Jain temples and deities inside the Qutub Minar complex, where they were demolished in 1191 AD on the consent of invader Mohammad Ghori’s commander to allegedly build the Quwwatul Islam Mosque.

According to the suit filed in Delhi’s Saket court, there existed 27 temples of Lords Vishnu, Shiva, Ganesh, Sun, Goddess Gauri and Jain Tirthankars in the precincts of Meru Dhwaj, which is now termed as Qutub Minar.

“According to historians, Mohammad Gauri defeated Prithvi Raj Chauhan in the battle in 1191 and his General Qutubdin Aibak demolished the temples standing in the temple complex and from the building materials of temples, a construction was raised to show the might of Islam which was named as Quwwatul Islam Masjid,” the petitioner claimed.

Qutubdin Aibak did not completely demolish the existing temples and build Quwwatul Islam Masjid by using materials from the temples, it stated, adding that there are still pictures of Hindu gods and deities like Ganesh, Vishnu, Yaksha and symbols like Kalash, temple wells and sacred lotus in the mosque.

“Only the faces of gods and deities are broken, the rest of the sculptures are identifiable. The corridor is completely of Vedic style having rectangular galleries with holy symbol engraved pillars,” the petitioner emphasised.

Interestingly, Lord Vishnu and Lord Rishabh Dev are the petitioners in the matter, being represented by advocates Hari Shankar Jain and Ranjana Agnihotri, respectively. The matter will come up for hearing on 24 December before civil judge Neha Sharma.

The plaintiff further stated that lakhs of Hindus visit Quwwatul Islam Masjid every year, considering the area as vested in Lord Vishnu and Trithankars. The Hindu and Jain devotees worship there in a restricted manner.

The petitioner also claimed to have learnt that in around 1960, a great black Vishnu statue was recovered from the Qutubminar which remained under the custody of Archaeological Survey of India but the whole information was kept secret. Quwwatul Islam Masjid was also declared a protected Monument under the provisions of Ancient Monuments Preservation Act, 1904.

It prayed for “declaring that Principal Deity Tirthankar Lord Rishabh Dev and Principal Deity Lord Vishnu, along with Lord Ganesh, Lord Shiva, Goddess Gauri, God Sun, Lord Hanuman, including presiding deities of 27 temples, have the right to be restored and worshipped with rites and rituals, performance of regular pooja within the temple complex situated in the area of Qutub Complex in Mehruli of District South West Delhi.”

It also sought a mandatory injunction directing the Central government to create a trust, according to the Trust Act, 1882, and hand over the management and administration of the temple complex situated within the area of Qutub complex.

“Decree be passed in the nature of mandatory injunction, directing the Trust, to be created by Central government, to manage the affairs of 27 Hindu and Jain temples with iron pillar, in accordance with the scheme of administration framed by the Central government,” the plaintiff further prayed.

The litigant also sought a decree to be passed in the nature of permanent injunction, restraining the defendants permanently from interfering in making necessary repair works, raising construction and making arrangement for pooja, darshan and worship of deities.