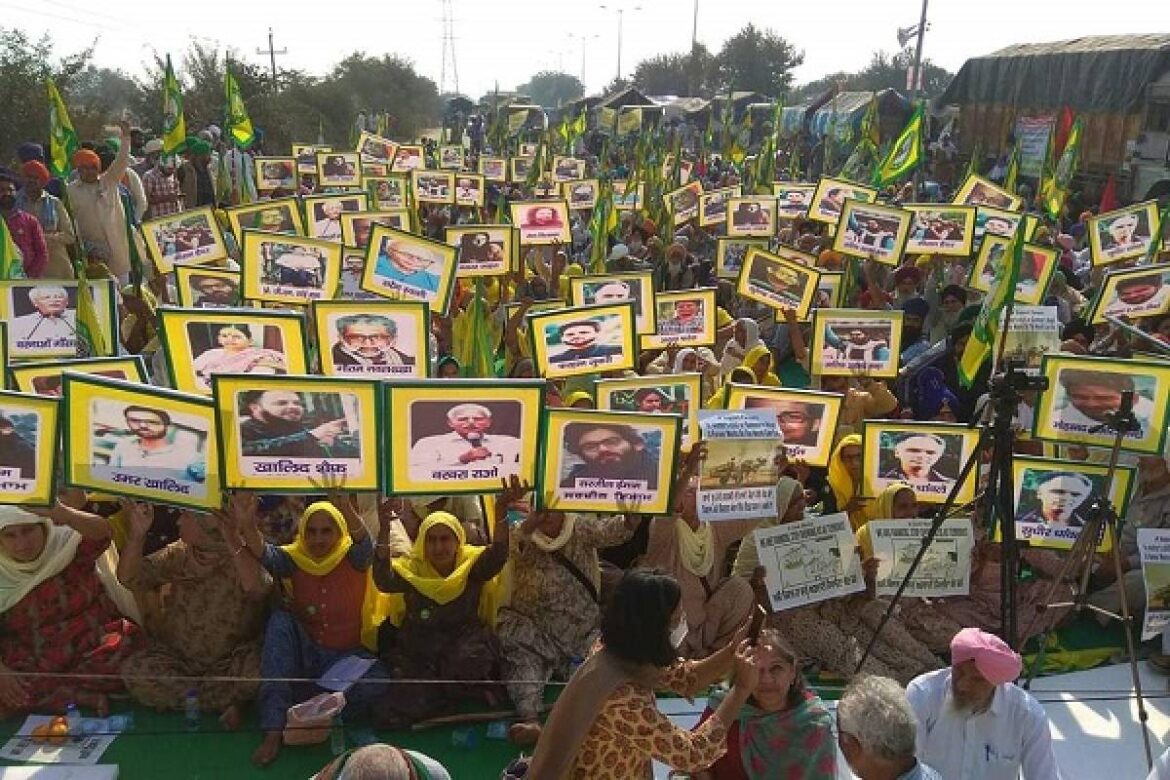 There are credible intelligence inputs to indicate that these elements are planning to instigate the farmers to indulge in violence, arson and damage public property in the coming days.

The relationship of Pannu with the leaders of other farmers’ unions at the national and state level is said to be lukewarm. His union continued its dharna on the railway tracks at Jandiala Guru near Amritsar even after others agreed to call off the protest. His outfit was formed in 2000 when the then SAD-BJP government was not procuring paddy from mandis and it was due to KMSC’s agitation that the crop was finally lifted.

Joginder Singh Ugrahan (75) is the founder and Punjuab president of Bhartiya Kisan Union (Ekta Ugrahan). He left the Army to attend to his family’s farms and formed the BKU (Ugrahan) in 2002.

Ugrahan’s team, led by BKU (Ugrahan) General Secretary Sukhdev Singh Kokrikalan, a former teacher and an equally strong farmer leader, has been responsible for the more aggressive aspects of the protests in Punjab, including the ‘rail roko’ agitation, burning of BJP leaders’ effigies and gheraoing BJP leaders. Their programme has been mostly in coordination with the 31 organisations under the AIKSCC.

BKU (Ekta Ugrahan) is the largest faction of the Bhartiya Kisan Union and almost two-thirds of the protesters gathered at Delhi’s borders are its members.

BKU (Ekta Ugrahan) is now raising its voice for the unconditional release of the so called writers, intellectuals and poets, including Telugu poet and activist Varavara Rao, who was arrested in the Bhima Koregaon Elgar Parishad case under the Unlawful Activities (Prevention) Act (UAPA) in 2018.

Surjit Singh Phool (75) is presently the Punjab president of BKU-Krantikari. He was booked under the UAPA in 2009 after being accused of having links with Maoists and was placed under “intensive interrogation” in jail in Amritsar. Farmers’ unions had got together in protest to demand his release. On government’s request to the farmers to shift their protest location from the borders to the Nirankari ground in Burari, Phool had equated the latter to an open jail.

Ajmer Singh Lakhowal (77) was born in Pakistan and had migrated to Lakhowal village in Ludhiana district during the Partition. He did M.Sc (Maths) from the Government College Ludhiana and formed the BKU in 1972. After split in BKU in 1989, he became the President of BKU Lakhowal.

As per intel sources, he opposed the alleged state repression during militancy in Punjab and criticised the killing of Sikh youth in fake encounters and deployment of Army in Punjab. He remained a member of the 31-member Joint Action Committee against state repression. He visited the UK and other countries along with D S Gill, advocate chairman, IHRO, in 1994 and attended a ‘path’ there to pay homage to Satwant Singh and late Kehar Singh, both assassins of former Prime Minister Indira Gandhi.

He was arrested in a case of misappropriation of money of kisans in a tractor deal in 1999. He declared that the union would not allow flow of SYL canal water and criticised the Supreme Court for its order on SYL canal construction. He visited Canada several times in the past as one of his sons is settled there. He is presently visiting Canada. He was made the chairman of the Punjab Mandi Board in March 2007 for his support to SAD during the Assembly elections.

Buta Singh Burj Gill (66) remained aligned with BKU Lakhowal. In 1990, he was appointed district president of BKU Lakhowal (rural). In 2004, he joined the BKU Sidhupur before forming his own party BKU Dakaunda at Mastuana in Punjab’s Sangrur district in 2006 and has been the state president of the union since then.

He has been working among the farmers since 1984 and was among the leaders who gheraoed the Punjab Raj Bhawan for several days in 1984. He was earlier part of the BKU (Ekta Sidhupur), which suffered a split in 2006, and became part of the group which was later renamed BKU (Ekta Dakonda).

Jagmohan Singh (64) is a marginal farmer and trained acupuncturist who had earlier worked in the cooperative department of the Punjab government. He was an activist of the Bharatiya Kisan Union Ekta before a break-up 15 years ago led to the emergence of the Bharti Kisan Union Ekta (Dakaunda).

The story has been published via a syndicated feed, only the headline has been changed