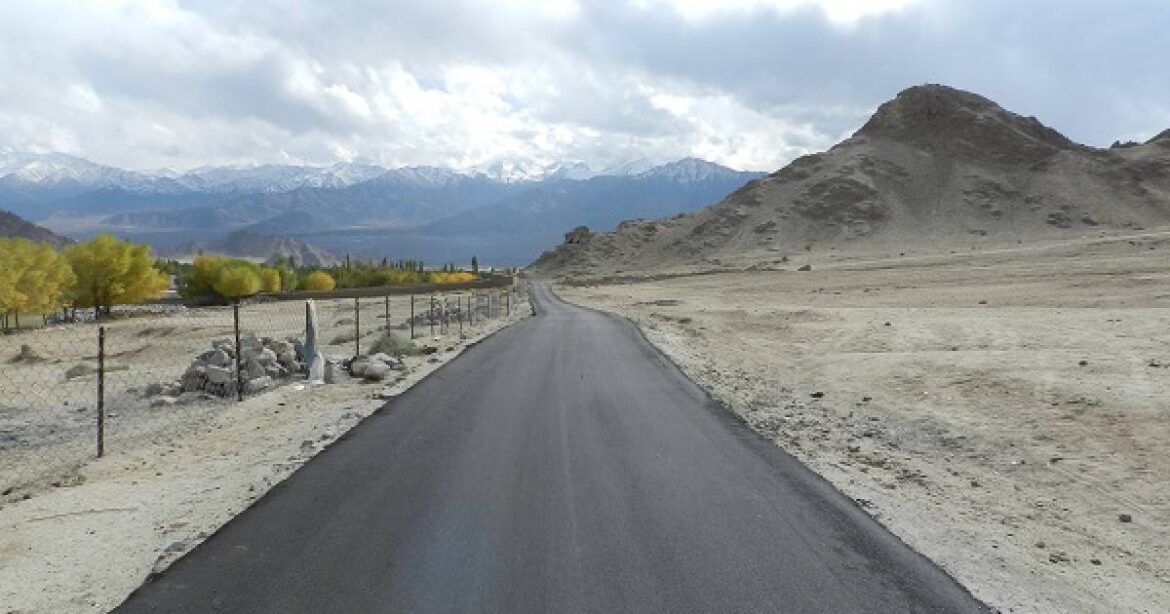 The road from Leh to Kargil would be given a makeover as a tourist highway. This plan has been prepared by the Union Ministry of Culture and Tourism. All facilities for tourists would be developed at regular intervals on 230 kms of the highway between Leh and Kargil.

With this the journey from Leh to Kargil would be smooth and pleasant.

In order to spotlight Kargil in the field of tourism, an action plan is now being prepared for the development of many facilities for tourists here. The ministry hopes that Indian citizens visiting Switzerland and other countries would be happily visit Kargil and Drass and other areas when road and air connectivity is improved.

Union Minister of State for Culture and Tourism (Independent Charge) Prahlad Singh Patel, told IANS that right now there are no public facilities on the route from Leh in Ladakh to Kargil. “We want oxygen parlours to be opened every 20 to 25 kms on the highway where oxygen is provided along with medical facility. Arrangements for collecting litter should also be arranged. This infrastructure would be prepared by the government of India but it would be run by the local villagers.”

According to Patel, “people do not know much about the hundreds of heritage sites located in Leh-Ladakh and Kargil. The cultural mapping of all the heritage sites is also being done. One would get information from the Union Culture and Tourism Ministry about which heritage sites are located on the road from Leh to Kargil. It would be easier for tourists by making Leh-Kargil road a tourist highway. They would be able to find public facilities on the ministry’s website.”

After the formation of Ladakh as a Union territory in August 2019, the focus of the Modi government is on development in the UT. Locals have demanded tourism promotion from Kargil from the central government.

Ladakh MP Jamyang Tsering Namgyal says that people still see Kargil in the light of the 1999 war, while Kargil has become a peace zone and is no longer a war zone. There is immense tourism potential here. Rural tourism would create new employment opportunities in Leh-Ladakh and Kargil.

Efforts are also on by the central government to promote winter sports and adventure tourism here to attract tourists. Like Gulmarg in Kashmir, the Indian Institute of Skiing and Mountaineering is also set to open in Kargil. Land has been finalised in Kargil for this by the government.

Sources say within two years the skiing and mountaineering institute would be ready here through which local youth and youth from other parts of the country would be able to participate in international competitions after receiving training in adventure sports.