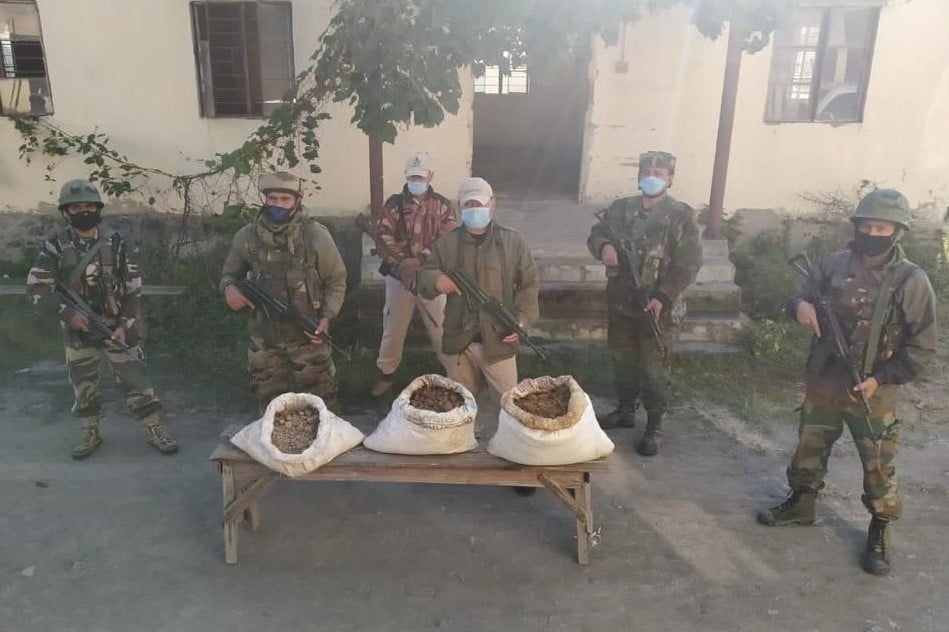 Acting on a tip-off, a joint team of Assam Rifles and Manipur Police launched an operation at Kamu area in Thoubal district and seized the consignment on Wednesday.

Sources said that the large consignment of drugs was buried underground and was awaiting distribution to various parts of the country. Multiple teams were deployed on the intervening night of November 10 and 11.

During the search, one of the teams seized three bags containing brown sugar in the early hours of November 11. Police said the market value of the narcotics recovered was assessed to be over Rs 287 crore.

Prior to that on October 22, Thoubal district police busted an illegal drug factory and recovered around 41 kg of brown sugar worth Rs 164 crore at Lilong area in the district.