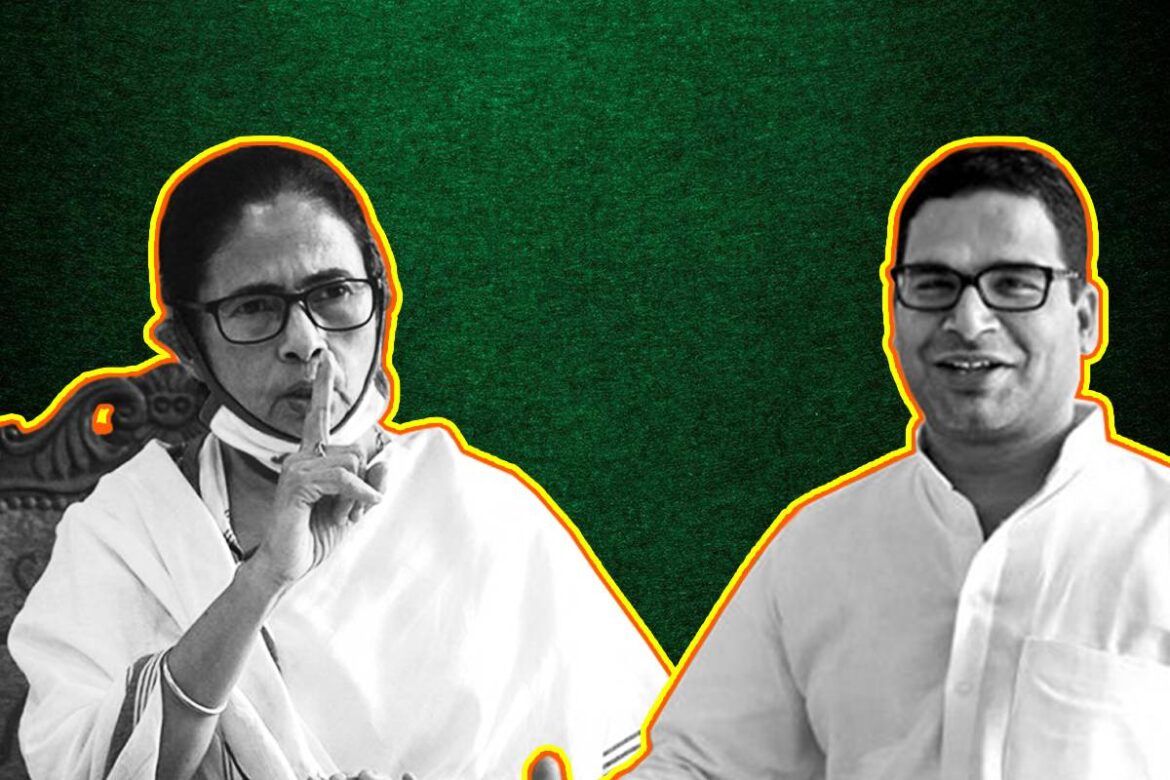 Trinamool chief Mamata Banerjee has asked her hired political strategist Prashant Kishor to change his style of functioning and take all in the party with him.

Kishor and his team from Indian Political Action Committee (IPAC) have been held primarily responsible for the string of desertions from the Trinamool.

All those who have left Trinamool in recent weeks have blamed interference from and the overbearing attitude of Kishor and his team for leaving Trinamool.

Kishor was brought in as a political strategist by Mamata Banerjee’s nephew Abhishek after the setback suffered by the party in the Lok Sabha elections last year.

The good electoral show put up by the BJP, which won 18 of the 42 Lok Sabha seats in the state, upset Mamata Banerjee.

She quickly agreed to her nephew’s suggestion to engage Kishor to stem the erosion in the party’s support base. Kishor’s contract, said to be in the region of Rs 400 crore, caused quite a stir within the party.

Immediately after bagging the lucrative contract, Kishor got into action and deployed his IPAC team all over the state to get feedback from the masses on the performance of Trinamool functionaries, identify organisational weaknesses, suggest measures to counter Opposition propaganda and take corrective measures wherever necessary.

The IPAC was soon working as a parallel organisation, albeit with more powers than even senior district-level functionaries and legislators of the Trinamool.

Mamata Banerjee gave the IPAC, through its chief Prashant Kishor, complete freedom to tell her party functionaries what to do and even what to say in public.

Simultaneously, word went around that based on ground-level research by the IPAC on the performance of party legislators, many sitting MLAs would be denied tickets in the 2021 polls.

All this generated a lot of resentment against the IPAC and Kishor. Trinamool functionaries even at the senior level feel that Kishor and the IPAC has become too powerful, arrogant and overbearing.

Even as resentment against Kishor and the IPAC mounted within the Trinamool, the party supremo chose to ignore the murmurs and complaints.

In fact, she told those who took their complaints against Kishor to her that they would have to live with the important role being played by her political strategist since what he was doing was for the good of the party.

But last week’s desertions by senior minister Suvendu Adhikari and many other senior Trinamool leaders has finally rung alarm bells.

Banerjee’s most trusted aides, including urban development minister Firhad Hakim and education minister Partha Chatterjee reportedly told her that if Kishor is not reined in, many more desertions will follow.

Chatterjee, as well as Trinamool MP Saugata Roy, who was leading efforts to retain Adhikari in the party, told her that even senior leaders and ministers are unhappy with Kishor and will leave the party.

Chatterjee cited the example of forest minister Rajib Banerjee who is upset with the manner in which Kishore and his team are interfering in his work.

Chatterjee is engaged in efforts to placate Banerjee, who is said to be planning to leave the party and join the BJP (read this).

Mamata Banerjee, according to top Trinamool sources, has been holding a series of meetings with Kishor and has told him to take into account the sensitivities of her partymen.

Banerjee asked Kishor to ensure that while working at the ground level, the IPAC team takes the party machinery, especially senior functionaries and elected representatives, into confidence.

Kishor has been asked to adopt a consensual approach and avoid ruffling feathers. Kishor has told his (IPAC) team to go through the motions of consultations with Trinamool functionaries and take the latter into confidence whenever possible.

However, Trinamool insiders say all that will only be pretences since the IPAC’s brief is to identify shortcomings in the performances of the elected representatives, people’s perceptions of these representatives and organisational weaknesses.

“That work, by its very nature, has to be conducted unilaterally and will necessarily create suspicion and upset many in the Trinamool’s rank and file. Party functionaries will obviously be resentful,” said a senior Trinamool leader.

Kishor has also been asked by the Trinamool chief to tell his team to act with discretion and go about their tasks silently.

IPAC ‘executives’ have been asked to keep a low profile and exercise total discretion while interacting with people at the grassroots levels so as not to attract the attention of Trinamool functionaries.

They have also been asked to exercise utmost caution and not share their findings with any Trinamool functionary.

Mamata Banerjee has asked Kishor to ensure that total secrecy is maintained by IPAC associates and that they do not leak their reports to anyone.

However, say senior Trinamool leaders, such course correction is unlikely to induce a change of heart among those who have already decided to leave the party.

Many of them suspect that they will not get party tickets or will be axed from their organisational posts.

Thus, they feel, it is better to leave the Trinamool before the axe falls on them just before the elections next year.

However, many popular Trinamool leaders who command a lot of grassroots support are also upset with Mamata Banerjee and are finding it convenient to blame Kishor and IPAC.

They are demanding that Kishor and IPAC be kept away from party affairs knowing fully well that the Trinamool chief will not accept their demand. That, thus, leaves them with a good excuse to leave the party.