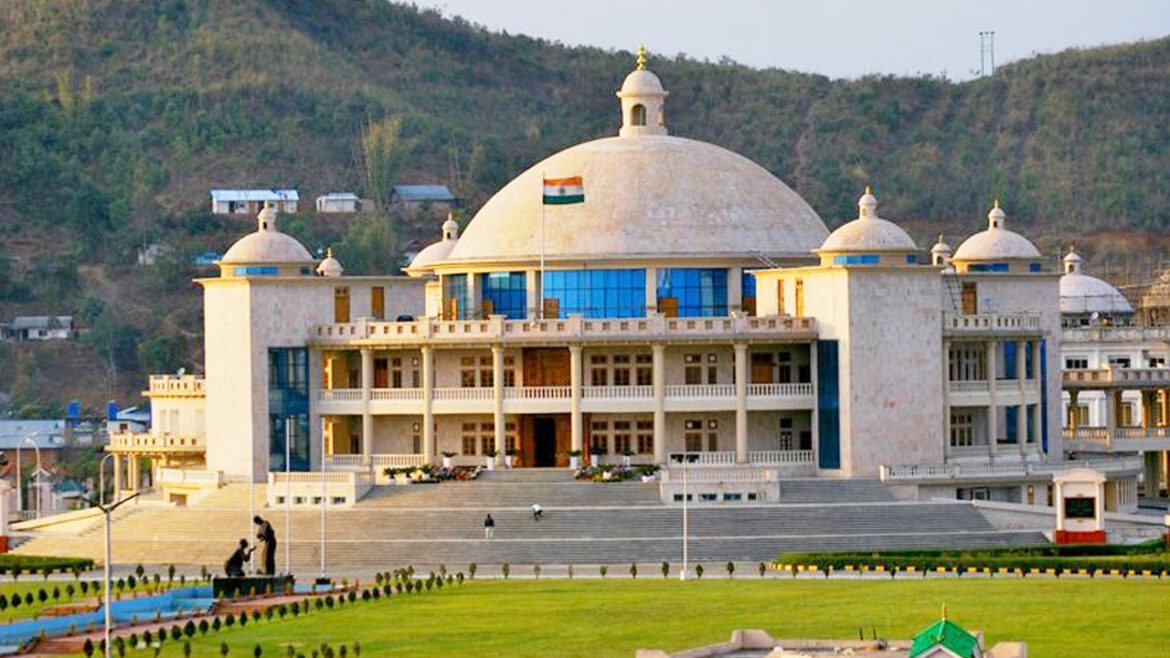 Biren stated that he has taken note of all the observations and suggestions made by Opposition leader Okram Ibobi who is well experienced in financial matters.

The State Government has taken due note of Ibobi’s observation that there is a huge gap of around Rs 10,000 crore between the State’s expenses and revenue.

“Considering the current funding pattern, we believe we can get additional funds from the Centre if the funds already sanctioned are utilised properly and delivered to the people in time”, said the Chief Minister.

Out of Rs 2700 crore projects sanctioned in road connectivity sector, the State Government was able to utilise around Rs 1000 crore, he said.

Regarding MGNREGS, Biren said that the number of mandays available under the scheme at the initial days of his Government was very limited but it rose steadily and it was raised to 55 in a year. Extra 10 days have been added based on the State’s performance.

As such, there are 65 mandays under MGNREGS in the State, Biren said.

Replying to an observation made by O Ibobi regarding Infant Mortality Rate (IMR), the Chief Minister said the IMR was calculated by the Registrar General of India based on sample registration system. He said that the State’s IMR in 2020 was 11 per 1000 .

He claimed that the Go to Village and Go to Hills campaigns were launched with the main objective of delivering different schemes launched by the State Government and the Central Government to the doorsteps of people.

These campaigns succeeded in bringing an emotional attachment among different communities.

Altogether 20,800 senior citizens were identified in the course of these campaigns for enlistment under old age pension scheme. Moreover, 8000 school drop-outs were re-admitted in different schools, he said.

Clarifying to certain observations made by Opposition MLA TN Haokip, Biren maintained that it needs a detailed study whether Loktak Hydroelectric Project and Ithai Barrage can be de-commissioned or not.

The State Government is determined to preserve Loktak Lake as well as the only natural habitat of Sangai, the State animal which is found on the floating biomass of Loktak, he asserted. Keibul Lamjao National Park seems to be shrinking on account of encroachment.

Nonetheless, the Government has been considering to build a 3 Kms long ring bandh around the park so as prevent drifting away of the park’s biomass, he continued.

Biren said that due process for execution of Imphal Ring Road is almost complete.

Responding to certain points raised by TN Haokip and Kh Joykisan regarding extensive cultivation of poppy and the issue of drug abuse, Biren claimed that the Government is very serious about the issue and has been fighting a war on drugs.

Leaders of 35 communities would gather at BOAT on February 25 and they would pledge collectively to support the Government’s war on drugs, Biren said.

He said that the Government has already talked with 153 NGOs/CSOs including church leaders and village chiefs regarding the gathering scheduled on February 25 .

It appears that the issue of drugs has become chronic in Manipuri society.

So far, three heroin (No 4) manufacturing units have been busted, the Chief Minister informed the House.

Further, cases have been registered against 44 police personnel for not acting sincerely on the Government’s war on drugs, he said.

A separate Superintendent of Police has been designated for prosecution and a legal cell has been opened to deal with drug cases exclusively.

Moreover, the Manipur State Drug Policy has been formulated, he continued.

So far, around 100 people have been convicted in drug related cases.

Meanwhile, an amount of Rs four crore has been reflected in the budget for providing alternatives to poppy cultivation.

This is in addition to Rs 80 lakh available with the Government for the same purpose, Biren.

He went on to claim that the issue of drugs can be mitigated considerably within the next couple of years if the ongoing war on drugs can be intensified with all the Members of the House and the public.

To a point raised by AK Mirabai, the Chief Minister assured that the State Cabinet would discuss reduction of VAT levied on petrol and diesel so as to lower their prices.

But Manipur cannot be compared with other North Eastern States like Assam, Meghalaya, Arunachal Pradesh etc which earn significant revenues from minerals and liquor, he said.

Biren stated that plans are afoot to set up a treatment plant exclusively for drains and canals which fall into Nambul River.

He said that construction of two playgrounds at the cost of Rs 2.80 crore each under Khello India project have been enlisted in the work programme.

In view of the detection of a new strain of COVID in Maharashtra and Kerala, a notification has been issued today under which all flight passengers who come to Imphal from the two States would be tested for COVID, Biren informed the House.

Later, the State Assembly passed the Manipur Appropriation (No 2) Bill, 2021 .