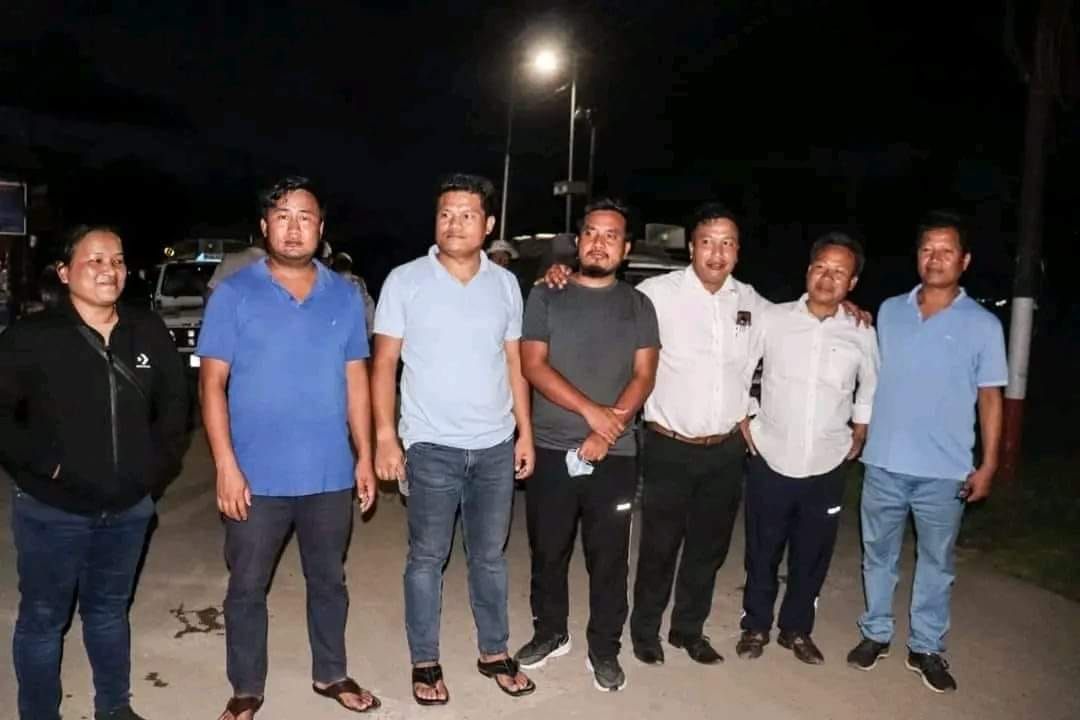 Imphal, August 08 2022: All the five arrested ATSUM students leaders of Manipur who were arrested on the charge of ‘conspiring’ to impose economic blockade along the Imphal-Dimapur National Highway (NH-2) has been released unconditionally after a memorandum of understanding (MoU). The MoU was been signed by the Manipur government, ATSUM, KSO Ghqs and ANSAM.

Meanwhile, the lifting of economic blockade along the Imphal-Dimapur National Highway imposed by the ATSUM remains unclear with conflicting reports from multiple sources at Kangpokpi, Senapati and sources from ATSUM till late evening. The general public in the other interior districts of Manipur had started complaining due to scarcity of the essential items due to the economic blockade.

Five “All Tribal Students Union Manipur (ATSUM)” leaders who were arrested and sent to jail after court allowed(on 6th August) 15 day judicial custody for the charge of conspiring to impose economic blockade on National Highways and disrupt supply of essential commodities to the State have been released.

The ATSUM leaders who have been released from the jail are:

The police submitted their final report today before the Court of CJM, Imphal West where complainant of the case Wahengbam Chinglemba s/o W Kuber of Uripok Sorbon Thingel was also present. The complainant’s statement was recorded and he expressed no objection to the nature of investigation and finding thereof. He also had no objection in accepting the closure report/final report of the IO of the case.

The Court, on perusal of the final report of the IO, observed that despite the best attempt by the IO of the case nothing much incriminating could be found against the accused even though the investigation revealed that some unknown persons engaged in untoward incidents during the shutdown/blockade called by the ATSUM in the name of the organisation.

The final report also revealed that the accused persons have no direct link with the said offence apart from being office bearers of the ATSUM.

In the backdrop of the given circumstances and also bearing in mind the complainant’s acceptance of the final/closure who was personally present in the Court, the Court observed that there is no reason to believe that there are any lapses in the investigation.

The Court order mentioned that the present case may be revived as and when any evidence has been brought forth.

Accepting the final report, the Court passed an order for release of all the five ATSUM leaders on the ground of lack of sufficient evidence.

The MoU said that the five arrested ATSUM leaders would be released without any charges after the economic blockade is lifted.

According to the MoU, the arrest warrant and the FIR registered against the ATSUM leaders would be nullified.

The MoU also says, “As the seventh amendment Bill of Manipur Hill Areas District Councils for devolution of power to ADCs has been referred to the Hill Areas Committee (HAC), the HAC will have consultation with stakeholders before recommending it to the Manipur Legislative Assembly” .

On the other hand, as announced earlier, ATSUM organised an emergency consultative meeting at Senapati district headquarters today regarding the Manipur (Hill Areas) District Council imbroglio.

The meeting was organised in consonance with the decision adopted at a meeting of tribal student bodies and senior leaders held earlier.

Many speakers from different communities shared their opinions and proposals regarding the deadlock and way forward.

However, no resolution was adopted till the filing of this report as ATSUM and its federating units were holding another round of talks at the same venue.