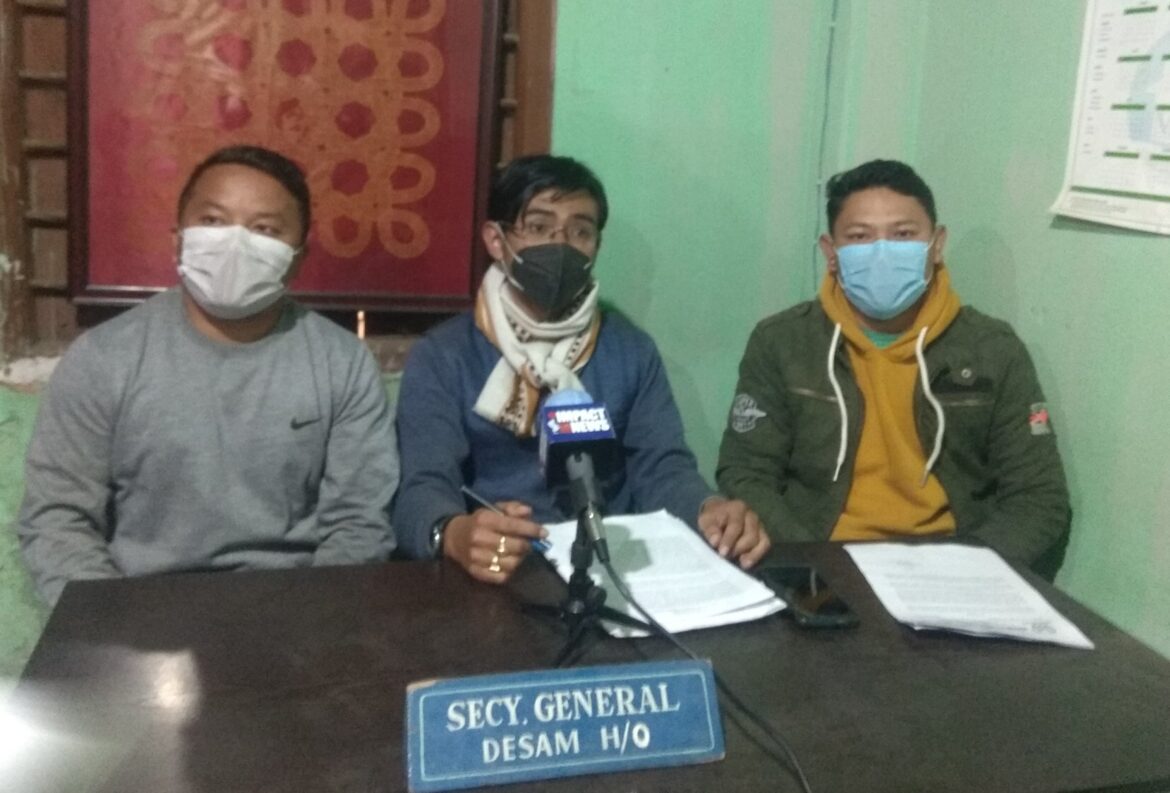 Imphal, January 18 2021: The Democratic Students’ Alliance of Manipur (DESAM) appeals to Manipur Government to form a committee to investigate the trade of blood and make the findings public .

DESAM said this in a statement issued today regarding the recent case of blood trade at RIMS hospital on January 13, 2021, in which members of DESAM caught 4 agents and 4 staffs involved in the trade red handed.

Members of the student union had’been on the look out for evidence of the illegal trade for a long time ever since they got information about a prevailing ‘Red Market’ in Manipur, added the statement.

DESAM demanded constitution of an enquiry committee to investigate the matter and suspension of the staff involved in the illegal trade and also to make the findings of the enquiry committee public, added the statement.

said that trade of blood units is illegal under the Drug and Cosmetic Act.

He expressed surprise that no suo moto case has been taken up against the people who were caught red handed and added the Government should not stay silent on the matter.

He added that the union has also got the name of some other people who might be involved in the illegal trade, and will make it public once concrete evidence comes to the hand of the union.

DESAM set the deadline of January 23, 2021 to the Government to take strict action against the culprits, failing which DESAM and other CSOs might cease blood donation at the blood banks, added the statement.