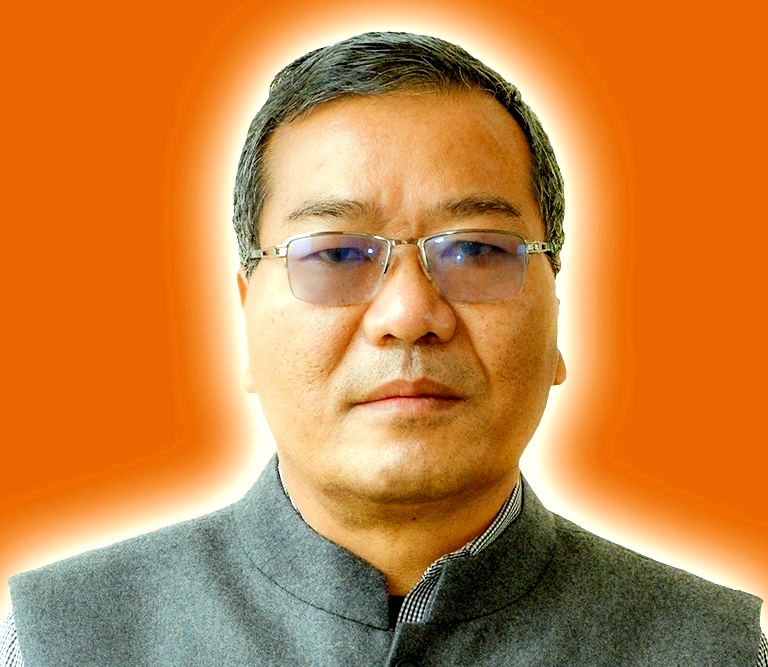 Churachandpur, September 28 2020: After Manipur cabinet reshuffle carried out by Chief Minister N Biren Singh, the BJP Churachandpur Mandal today organized a protest meeting and shared some of their thoughts  on the current political scenario.

The thoughts shared in the form of a statement signed by the president and secretary of BJP Churachandpur Mandal was critical of the Chief Minister’s move. It accused him of playing divisive politics.

‘His tactical power play amongst the BJP MLAs of the district and his unsettling role in the ADC Churachandpur has worked against the interest of the people of Churachandpur,’ said the statement.

The statement said Churachandpur BJP Mandal including supporters of V Hangkhanlian are shocked beyond words as to why he has to be stripped of his Ministerial berth.

He was unanimously appointed Protem Speaker as his seniority, experience and efficacy was timely acknowledged even by the Central BJP leaders at a time when the BJP MLAs were short in number for crucial formation of Government.

His acute handling of the precarious situation turned fruitful in toppling the Congress led Government and the subsequent formation of BJP Government, said the statement.

It further argued that he was trusted by the Chief Minister; was sent in various capacity, as an emissary, on behalf of the Government to negotiate with certain tribal council including the CSOs.

His role in working for hill-valley peaceful co-existence is beyond doubt.

As a Minister of Agriculture, he earned Krishi Karman Award 2017-18 .

Statement asked if Hangkhalian was dropped due to non-performance?, it asked.

The induction of ex-Congress MLAs as Cabinet Ministers at the expense of loyal and deserving BJP MLAs has flouted all party norms and conduct, it maintained and questioned, ‘where is the BJP ideology and principle? Is the BJP Manipur being loosely run by and at the whims of and fancies of Shri Biren Singh? The statement also hinted on their unstinted loyalty to the former Minister in the event of any unilateral move saying, whatever it calls for in the near future, the Churachandpur BJP Mandal and his supporters will stand by V Hangkhanlian MLA, 58-Churachandpur AC, in case of any decision taken by him.

They additionally decided to halt all forms of party activities until a convincing answer is given or their grievances are properly addressed.