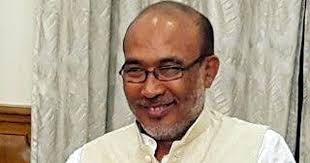 Imphal, September 21: Manipur chief minister N Biren Singh left for New Delhi on Monday afternoon. Exact purpose of the visit is not known till the filing of this report.

Soon after the chief minister left Imphal for Delhi, speculations are rife that the forthcoming by-election in the state can be the reason. Ticket issue is also going to be a matter of hectic lobby in BJP.

The Manipur unit of BJP president, Prof S Tiken and an MLA are reportedly accompanying the chief minister. Sources said that the chief minister flew to Delhi to meet with Central leaders of the BJP and take up the ticket matter with them once again.

Meanwhile another reliable source mentioned that Chief Minister’s of Arunachal, Assam and Manipur were being invited to Delhi for meeting with top central leaders. It may be recalled that Assam Chief Minister Shri Sonowal and Health Minister Himanta Biswa Sarma had called on Union Home Minister Amit Shah yesterday. There are speculations that the meeting may be to discuss issues surrounding the long pending Naga issue.

Another sources informed that the Chief Minister and the party’s State unit president may discuss about Ministry reshuffle and some other matters related to the party with BJP Central leaders, and they were accompanied by MLA RK Imo. Team may be seeking appointment with many BJP Central leaders including Prime Minister Narendra Modi.

However, sources informed that N Biren, Prof S Tikendra and BJP Central leaders are likely to discuss about reshuffling the Council of Ministers and selection of candidates for the forthcoming by-election. The question of Ministry reshuffle has been already approved by the BJP Central leaders.