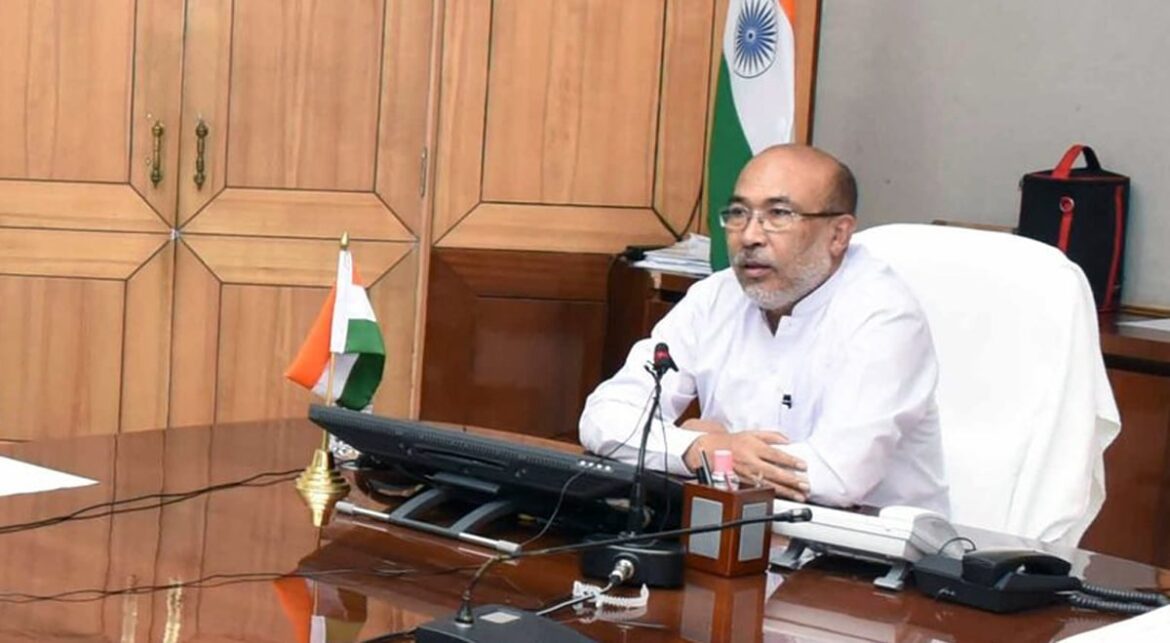 Imphal : Manipur Chief Minister N Biren Singh has assured government job to a man who was acquitted by a court in 2013 rape and murder case of a research fellow.

“He will be given a government job. I got to know that in spite of being innocent he was jailed for eight years and his house was burnt down by a mob,” said Manipur Chief Minister.

On Monday, the Chief Minister met Thoudam Jibal Singh who was released after being acquitted by the Sessions Court. He was wrongly confined for eight years in Sajiwa Central Jail on the charge of rape and murder of one N Satyabhama, a Junior Research Fellow of Pathology department, RIMS who was found murdered (with bruise marks on her neck and body) in a canal at Wangkhei Loumanbi Loukol, under Irilbung police station on April 5, 2013, a couple of days after she left her Kakwa residence.

Chief Minister assured justice to Jibal and his family and promised to construct a house for him and provide a government job at the Forest Department, where his father had served as a forest guard.

The Session Judge Imphal East M. Manoj Kumar acquitted Jibal, from the charges levelled against him and directed to release him from jail in the infamous rape and murder of Ningombam Seityabhama Devi in 2013.

The court in its judgment order stated that both the convicted persons one Kshetrimayum Biju Meitei alias Hollendro, 28, son of Ksh Ibochou of Thoubal Kshetri Leikai and another Toijam Thesuch alias James Bond, 27, son of Toijam Jugindro of Thambalkhong Sabal Leikai.

The prosecution has failed to provide substantive proof against Thoudam Jibal for committing a criminal conspiracy of eliminating the deceased with the convicted duo.

Rape and Murder of Dr. N Satyabhama, a Research Fellow in RIMS

Satyabhama Ningombam, a research fellow in the Regional Institute of Medical Sciences, Imphal. She was rape and murder in April 2013.

She was resident of Kakwa Selungba Leikai, Imphal and her body was recovered from paddy fields in Bashikhong in Imphal East district of Manipur.

To investigate the crime, the state government constituted a Special Investigation Team (SIT) headed by an additional SP. On August 28, 2013, the SIT submitted charge sheet against the accused trio before the Chief Judicial Magistrate, Imphal East and charged Biju under section 376 (rape), u/s 302 murder and u/s 120- criminal conspiracy while Jiban and James Bond were charged under section 120-B.

It was followed by the Session Judge, Imphal East, framing charges against the three accused persons on November 20, 2013 for initiation of trial. The SIT also submitted an additional charge sheet against the three on October 10, 2015.