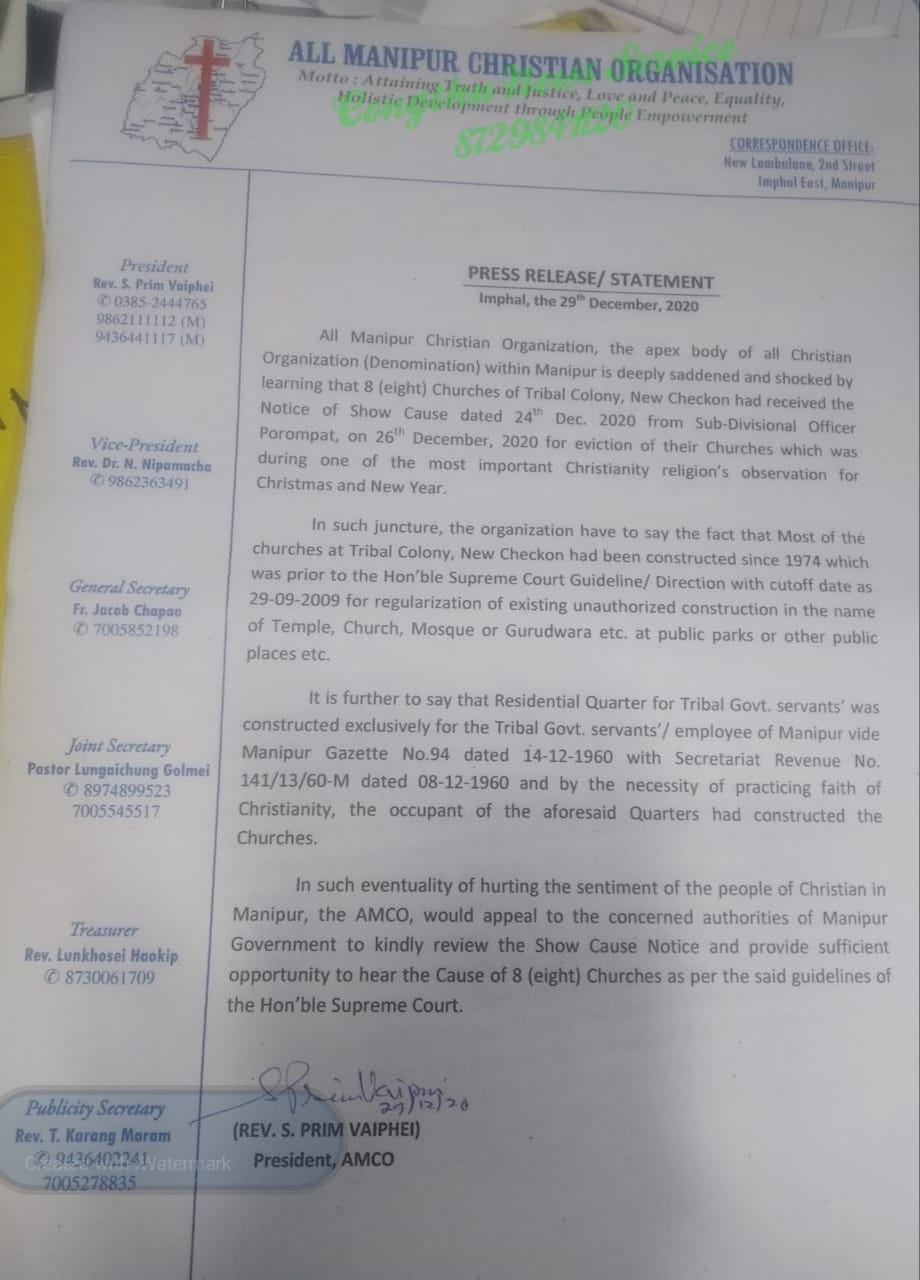 Imphal, December 29 2020: The All Manipur Christian Organisation (AMCO) has appealed the Manipur government to review show cause notices served to eight Churches of Tribal Colony, New Checkon for eviction.

In a statement issued by its president Rev S Prim Vaiphei, the apex body of all Christian denominations in Manipur said that the eight Churches received the show cause notices for eviction served by the Sub-Divisional Officer Porompat on December 26. Most of the Churches at Tribal Colony, New Checkon had been constructed since 1974 prior to Supreme Court guidelines/direction with cut off date of September 29, 2009 for regularisation of existing unauthorised construction in the name of Temple, Church, Mosque or Gurdwara etc at public parks or other public places, it said.

Further, the residential quarters exclusively for tribal Government servants were constructed vide Manipur Government Gazette No 94 dated December 14, 1960 with Secretariat Revenue No 141/13/60-M dated December 8, 1960 and by necessity of practising faith of Christianity, the occupants of the quarters had constructed the Churches, said AMCO.

The notices served to the Churches when the Christians are celebrating Christmas and New Year have saddened and shocked the organisation, AMCO added.