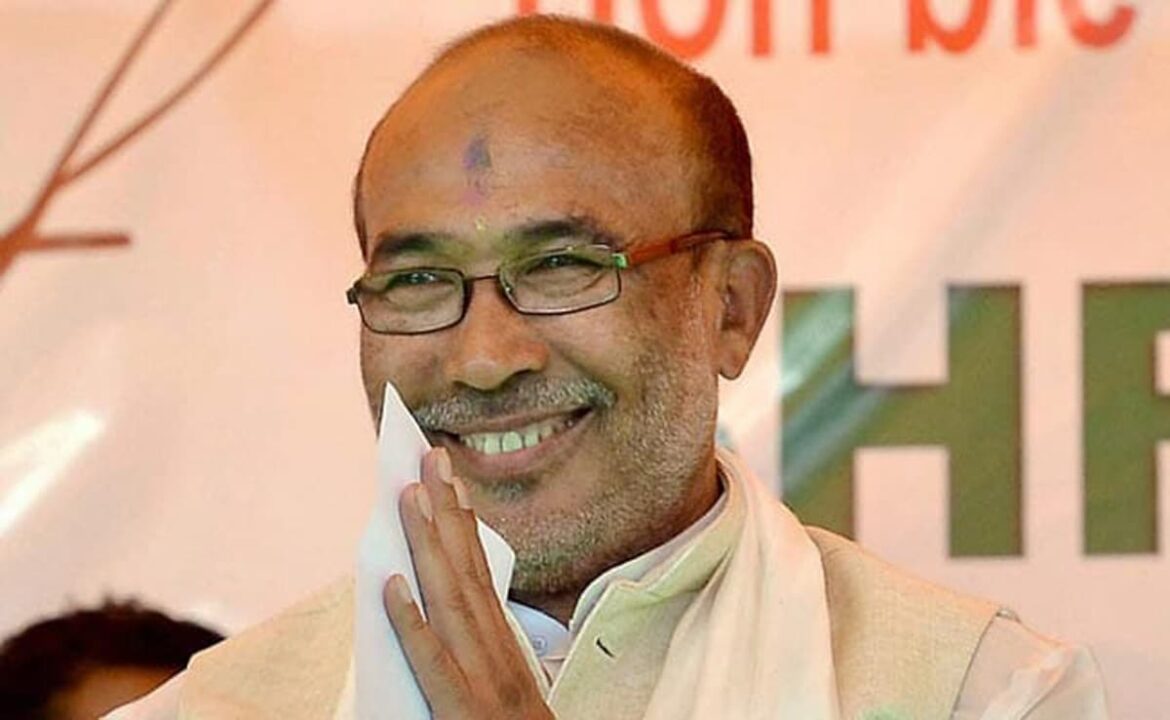 Imphal, August 09 2021:
Manipur Chief Minister N Biren Singh inaugurated 3 Oxygen Plants one each at Chandel, Ukhrul and Senapati districts. Chief Minister said that the Government is working tirelessly to save lives during the pandemic.

He said that the State government would install Oxygen plants in all the districts. N Biren Singh stated that each of the PSA plant inaugurated today would produce 1000 litre of oxygen per minute (LPM) and around 200 D-type oxygen cylinders can be refilled daily at each PSA plant.

He further stated that another 5000 LPM PSA Oxygen plant would be installed in Chandel district shortly under the PM CARES Fund.

Informing that there has been infrastructural and inclusive development in the State under the present regime, he assured the people of Chandel that all the requisite medical infrastructure and equipment such as CT scan machine etc. would be procured and installed in the district hospital soon.

He stated that Government is aiming to vaccinate 100 percent of the eligible population by September 2021 and urged the local leaders, CSOs, local clubs and village heads to organize mass vaccination drives at the grassroot level.

The Chief Minister informed the people of Chandel district that Prime Minister Narendra Modi had congratulated them on topping the list of Aspirational Districts in the country.

Later, the Chief Minister went to Ukhrul and Senapati to dedicate the PSA Oxygen plants to the public.

During his visit to Ukhrul, the Chief Minister expressed satisfaction on learning about the successful child delivery cases of five COVID-19 positive pregnant women in the district and also appreciated the doctors and nurses for their service.

Maintaining that the current Government had been putting in efforts to bring inclusive development in the health sector, he further informed that the Cabinet had recently approved regularization of officials of the National Health Mission.

Informing that the State Cabinet had also decided to recruit additional manpower for handling the Oxygen plant district wise, he appealed to the eligible youth to take part in the recruitment process.

He also instructed the officials concerned to provide 45 more oxygen cylinders to Ukhrul District Hospital which has 55 cylinders.

Informing that two athletes from Manipur bagged medals in the just concluded Tokyo Olympics, the Chief Minister also urged the youths of Ukhrul to take keen interest in games and sports so as to bring laurels to the Nation.

At Senapati, N Biren Singh, after inaugurating the oxygen plant at the Senapati District Hospital, stated that the plant would have the capacity to refill 200 D-type cylinders every day.

Another oxygen plant with a refilling capacity of 100 D-type cylinders would also come up in the district under the PM CARES Fund soon, he added.

It may be mentioned that the 15th Finance Commission had sanctioned for the installation of eight PSA oxygen plants in the State viz. two PSA plants at JNIMS, Imphal and one each at Chandel, Ukhrul, Senapati, Tamenglong, Churachandpur and Kang-pokpi district.

Out of these eight, PSA plants at Tamenglong, Churachandpur and Kangpokpi are yet to be inaugurated.