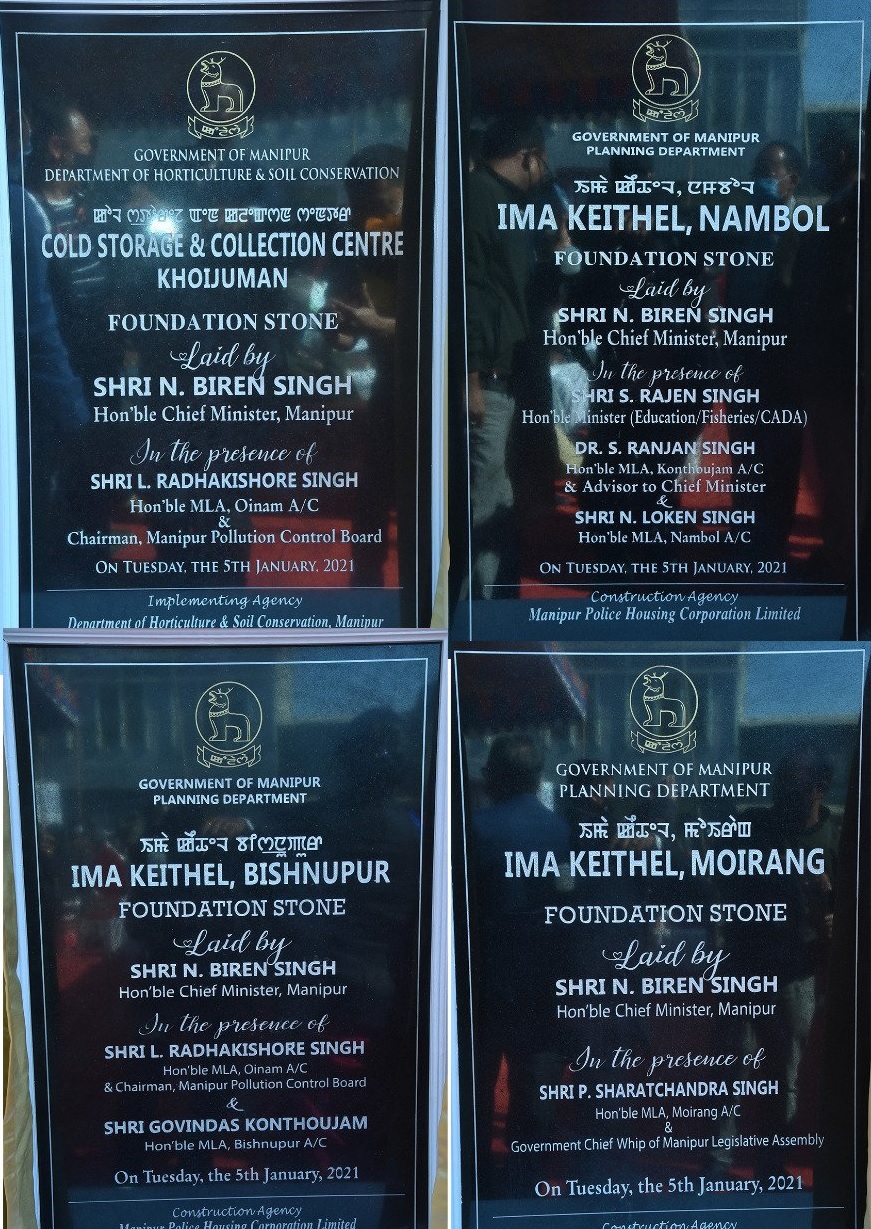 He also laid the foundation stone for a cold storage and collection unit at Khoijuman, Bishnupur district.

Manipur Police Housing Corporation Ltd (MPHC Ltd) is the implementing agency for construction of the three women’s markets and the cold storage.

Speaking on the occasion, N Biren said that construction of the women’s markets and the cold storage were taken up in line with the State Government’s mission of inclusive development.

He informed that the State Government had proposed a comprehensive policy for development of Loktak Lake.

To facilitate commuters while visiting Loktak Lake, the road from Imphal to Moirang covering a distance of around 51 Kilometres would be widened and upgraded to double lane, he added.

Maintaining that law and order of the State had considerably improved since the formation of the new Government, he said that women of the State could now give more emphasis on bringing up their children in the right direction and contribute more towards improvement of the State’s economy as women have been playing a key role in the growth of the State.

It may be mentioned that the State Government in its yearly plan had included construction of women’s markets at Kamjong, Kanglatongbi, Noney, Pallel, Pherzawl, Sekmai and Tengnoupal apart from the three markets for which foundation stones were laid today.