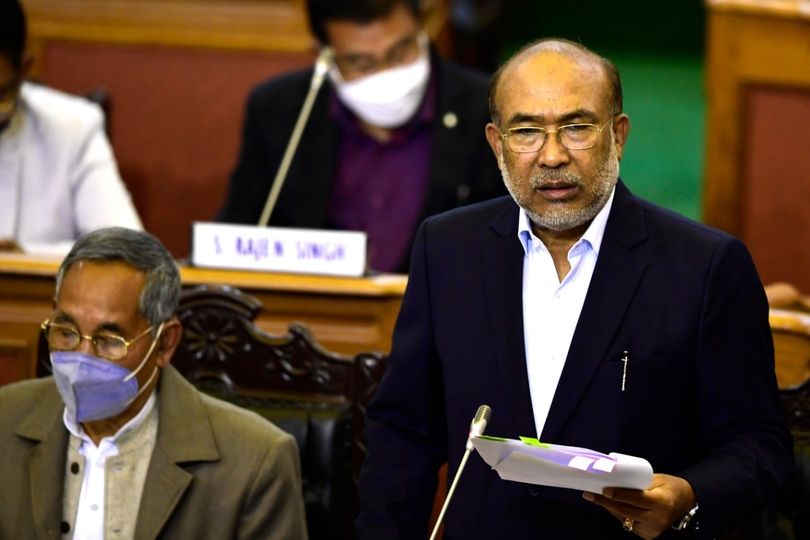 Imphal; Feb 5, 2021: Taking serious note of the repeated violation of Suspension of Operation (SoO) ground rules by the Kuki armed groups, Chief Minister N Biren Singh who also holds the home portfolio stated that state government is prepared to review Suspension of Operation (SoO) anytime if the armed groups continue to violate ground rules and do not remain confined in the designated camps.

Chief Minister N Biren Singh stated this while giving clarifications to various amendment motions raised  by the opposition members pertaining to the Governor’s address in the house.

Replying to the amendment motion raised by MLA Alfred Kan-Ngam Aurthur, Chief Minister said, following the recent factional clash among two SoO groups at Moreh where one KNO cadre was allegedly shot dead by the UKLF, he had talked to the Centre and even suggested for withdrawing the Suspension of operation unless the armed groups under SoO cannot uphold ground rules. Now the centre has given a stringent instruction to the SoO groups to follow ground rules properly and remain confined in their designated camps.

Manipur government has been contemplating to review the ongoing Suspension of Operation (SOO) with various militant outfits of the state.

The tripartite SOO signed in 2008 between the Centre, state government and around 25 different Kuki militant groups and the outfit members were lodged at designated camps set up by the government at different Kuki-dominated areas of the state.

The CM added that the present government is ready to take adequate measures to repeal the Armed Forces (Special Powers) Act as law and order has improved.