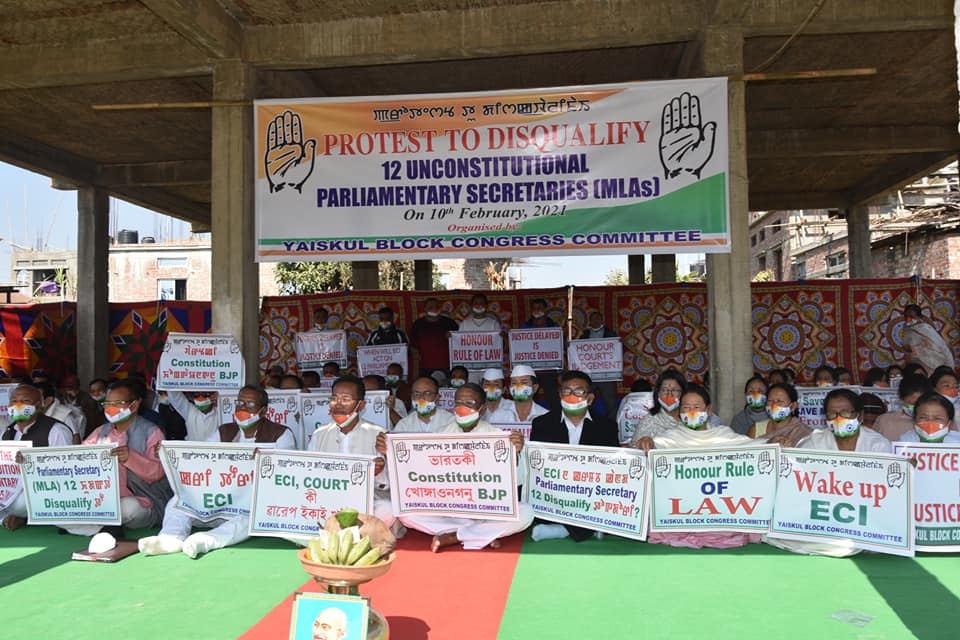 Speaking to media persons at the protest site, MPCC co-opted member Huidrom Vikramjit pointed out that the High Court of Manipur passed a judgement last year which ruled the appointment of the 12 MLAs to the post of Parliamentary Secretaries as invalid and unconstitutional.

In line with the High Court’s verdict, Congress party submitted representations to the Governor and the Election of Commission to take up necessary actions.

Although Congress party has been working hard to save democracy and protect the sanctity of the Constitution, there has been no response to the representations till date, and this is rather unfortunate for all sections of society, he remarked.

Vikramjit said that the protest demonstration was organised to highlight the unlawful and unconstitutional activities of the BJP-led Government.

At the same time, the MLAs having learnt that the post of Parliamentary Secretary was undoubtedly an office of profit, ought to resign from the State Assembly on moral ground, he said.

It is the duty of all political parties and politicians to uphold democracy and adhere to all democratic principles, he said.