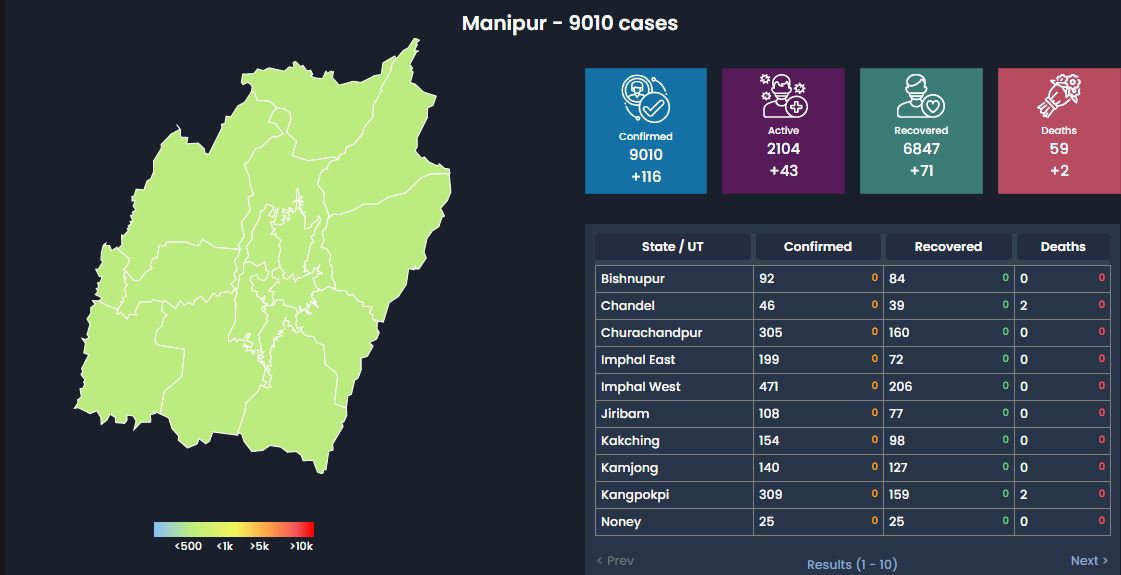 An 82-year old man and a 53-year old woman, both belonging to Imphal West district died at JNIMS yesterday. They were suffering from co-morbid health conditions.

The 53-year old woman who was brought to JNIMS on September 17 died at around 5 pm yesterday while the man succumbed to the virus at around 11.20 pm, informed a source.

According to a press release issued by  COVID-19 Common Control Room, the recovery rate stands at 75.89 per cent.

116 new cases were detected, 87 people from general population and 29 personnel of CAPF in the last 24 hours.

Of the 87 civilians tested positive, two belong to Imphal West, 39 to Imphal East, two to Churachandpur, one to Senapati, one to Noney, five to Tamenglong, five to Kakching, 22 to Thoubal and seven to Kangpokpi.

Out of them, 83 have no significant history of travelling outside the State.