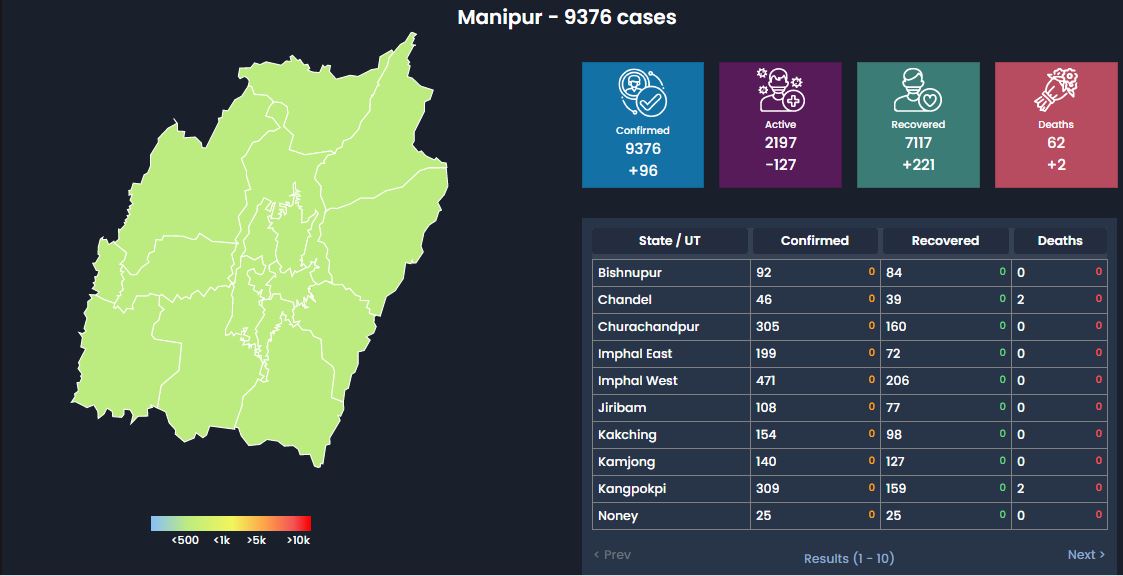 Imphal, September 23 2020: The State’s COVID-19 death toll has reached 62 following the death of two more persons at Shija Hospital in the last 24 hours.

The latest victims included a five-year old boy from Kangpokpi and a 53-year old man from Imphal West. Apart from being infected by COVID-19, they were also suffering from co-morbid health conditions.

In the last 24 hours updates are following