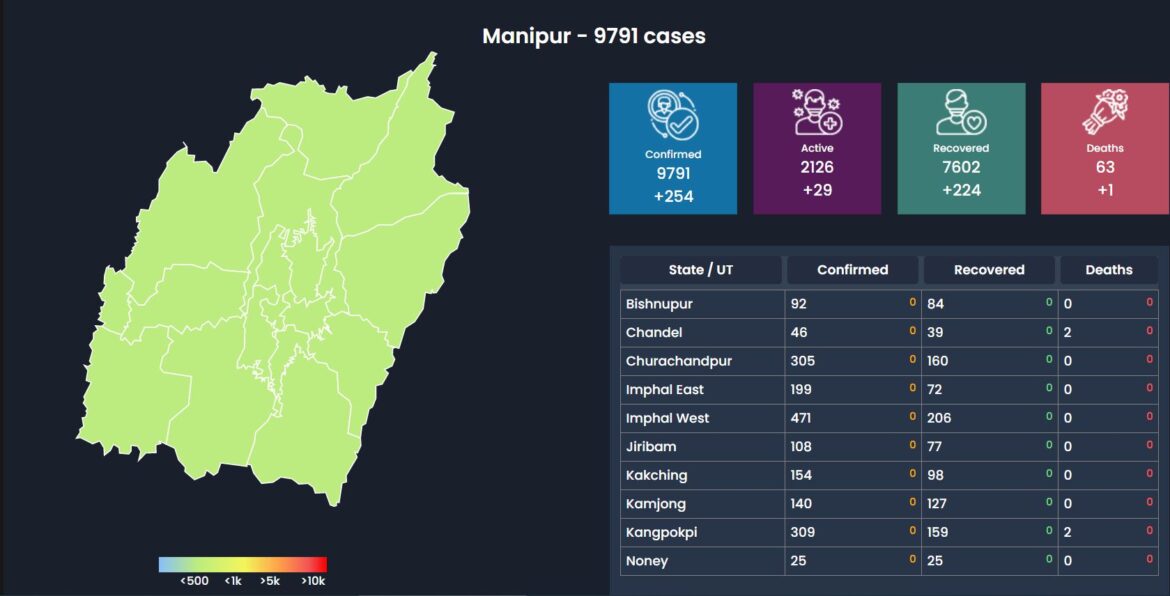 Imphal, September 25 2020: COVID-19 death toll has reached 63 after a 55-year old woman from Bishnupur district  died at RIMS. The woman was admitted some days back before she succumbed to COVID-19. She had earlier suffered heart attack and was undergoing treatment .