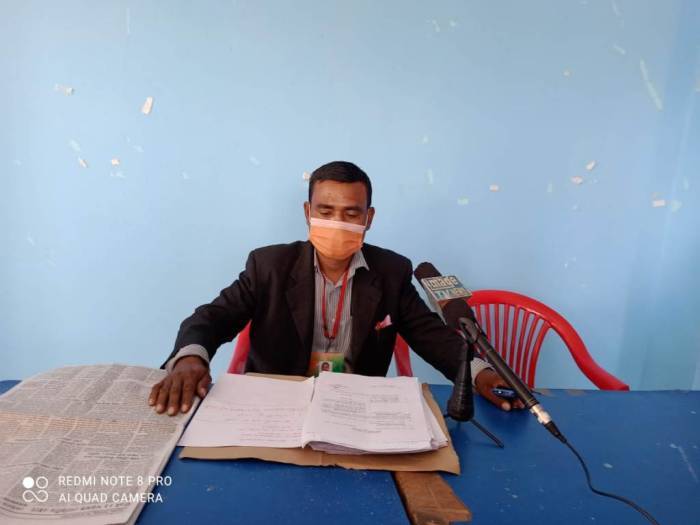 KCP Mangaal group is an armed militant group which claims to have been waging war against Government of India for liberation of Manipur.

The reward was announced at Manipur Press Club, Imphal today. The reward will be given to persons which provide information about the whereabouts of armed militant group KCP Mangaal said the President of the Union.

Basanta, the President of the Union said that the KCP Mangaal group is a terrorist group who work for extortion of money by creating terror to the people particularly to the labour community like the Rickshaw drivers.

“In 2016, one person identified as Mangaal who introduced himself as a representative of KCP called him through cell phone demanding unbearable activities and monetary contribution”, Basanta said adding that the person contacted him through one lady identified as Ima Amrahbati of Senjam Chirang and since then the KCP Mangaal group has been troubling him despite repeated request to stop interfering the association matter.

The President of the Rickshaw drivers and puller’ body urged the state police department to immediately arrest KCP Mangaal as he could be easily track down by interrogating Ima Amrahbati. On the other hand the Rickshaw Drivers’ body also urged the concern government authority to allot a parking area for Rickshaw in Imphal city.

“The Rickshaw drivers has been impacted a lot with the coming of the Diesel auto but when enquired to the transport department authority we have been told that the parking allotted in 2002 and 2010 still is valid”, Basanta said and appealed the authority including the traffic police to re-allot their parking area in Imphal city.

Meanwhile the agitation announced by the Rickshaw puller’ body on January 18 has also been suspended after the association had a sitting with the SP Imphal East under the initiative of the DGP.

He said that even though those responsible for assault of Rickshaw driver Thokchom Kiran Kumar has been released on bail they have full faith to the law court and expressed confidence that the law will take its own course and punish the guilty.