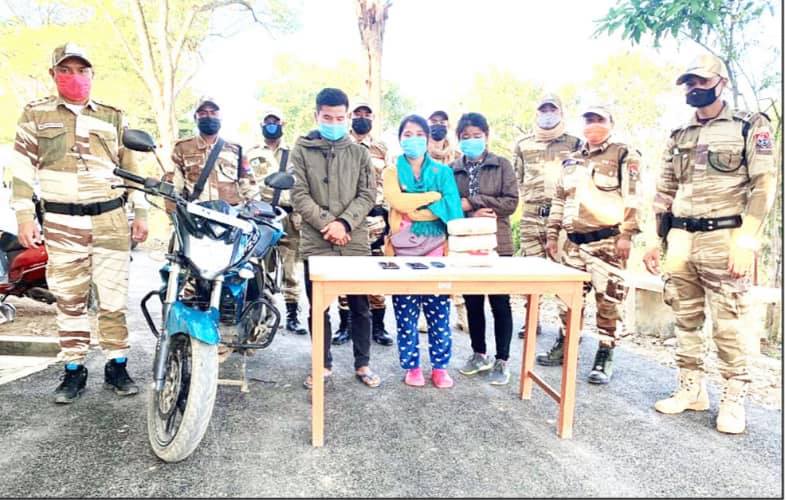 On receiving information that some miscreants were smuggling drugs from Moreh and planning to sell in and around Pallel Leimanai Chingjin area, a police team under the super-vision of SP Victoria Yengkhom, Inspector MD Abash Khan OC/CDO-KCG Unit assisted by Sub Inspector Prakash Singh and two lady Constables rushed towards Pallel Leimanai Chingjin area and saw three persons on two wheelers (motorcycle) in a suspicious manner, said a statement issued by the police.

The three persons were searched and one Nokia Mobile Phone Model No TA-1203, bearing Airtel Sim card No.9612905313 and 3 packets of suspected contra-band items were seized from the possession of Hoineichong Baite.

She was arrested on the spot at 10.35 pm. The packets approximately weighed 3.514 kg . The two other associates were also arrested from the spot.

As per our correspondent, Hoineichong Baite later disclosed that she had taken those drugs from one of her relatives from Moreh to be handed to one person at Sora Bazar whose particulars were not mentioned.