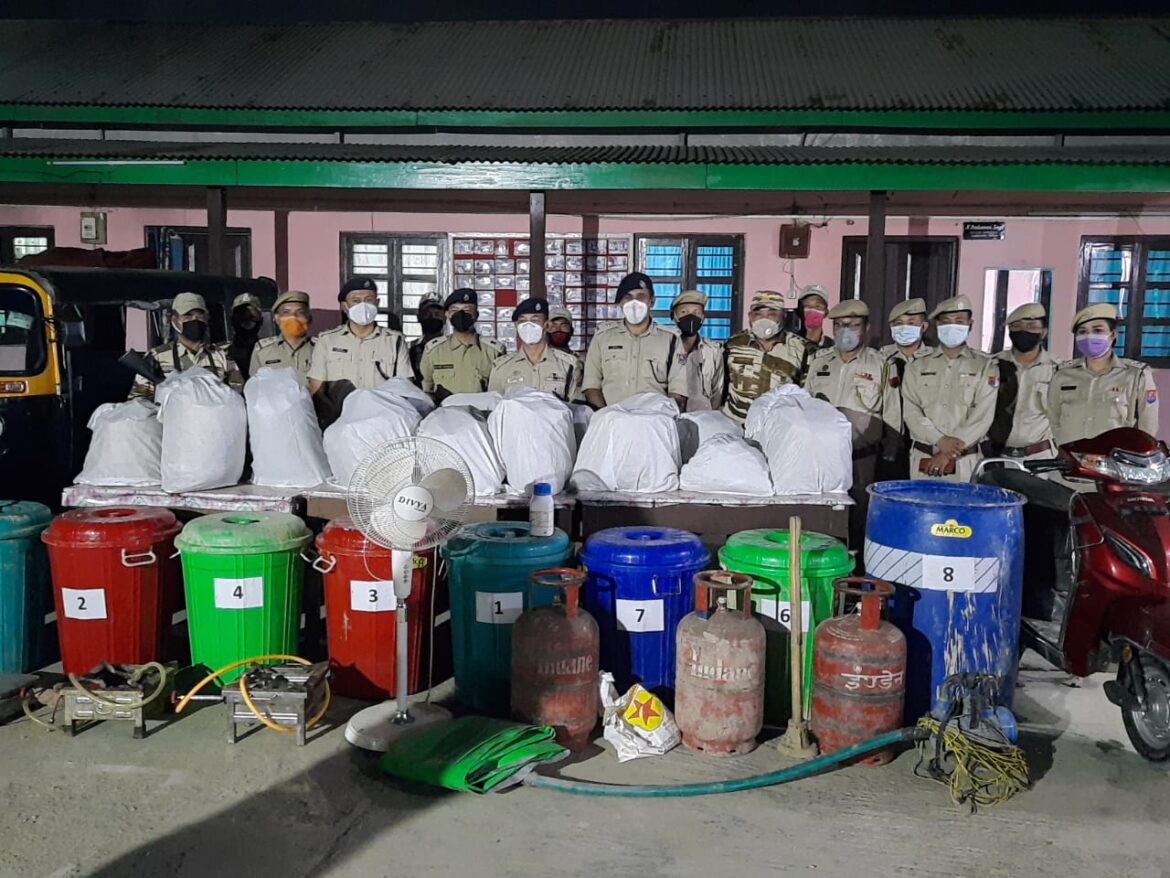 In swift operation by the Thoubal District police team, a Brown Sugar manufacturing laboratory at Thoubal Moijing Awang Leikai on Thursday in a midnight raid conducted at about 00:45 AM of October 29.

Police also seized around 435.945 kg of suspected Brown Sugar, 438 litres of morphinated liquid along with many other items.

According to Police sources, acting on reliable information that some contraband drug items are being manufactured at the residence of one Md. Kayamuddin @ Amuthi aged 34 of Thoubal Moijing Awang Leikai, presently staying at Phundrei.

The source said when the Police teams arrived at the said residence, the offenders Kayamuddin @ Amuthi and his wife Athotpi and their associates escaped from the place under the cover of darkness.

However, the teams conducted thorough search of the house and its surroundings and on searching the house of Kayamuddin, they found a large number of items used in manufacturing of the contraband illegal drugs.

Further, on searching the house of Kayamuddin, the teams found the following items used in manufacturing

All the above mentioned recovered items have been seized by observing formalities on the same day at around 05:50 AM and handed over to OC of Thoubal Police Station for further necessary action, the source added.