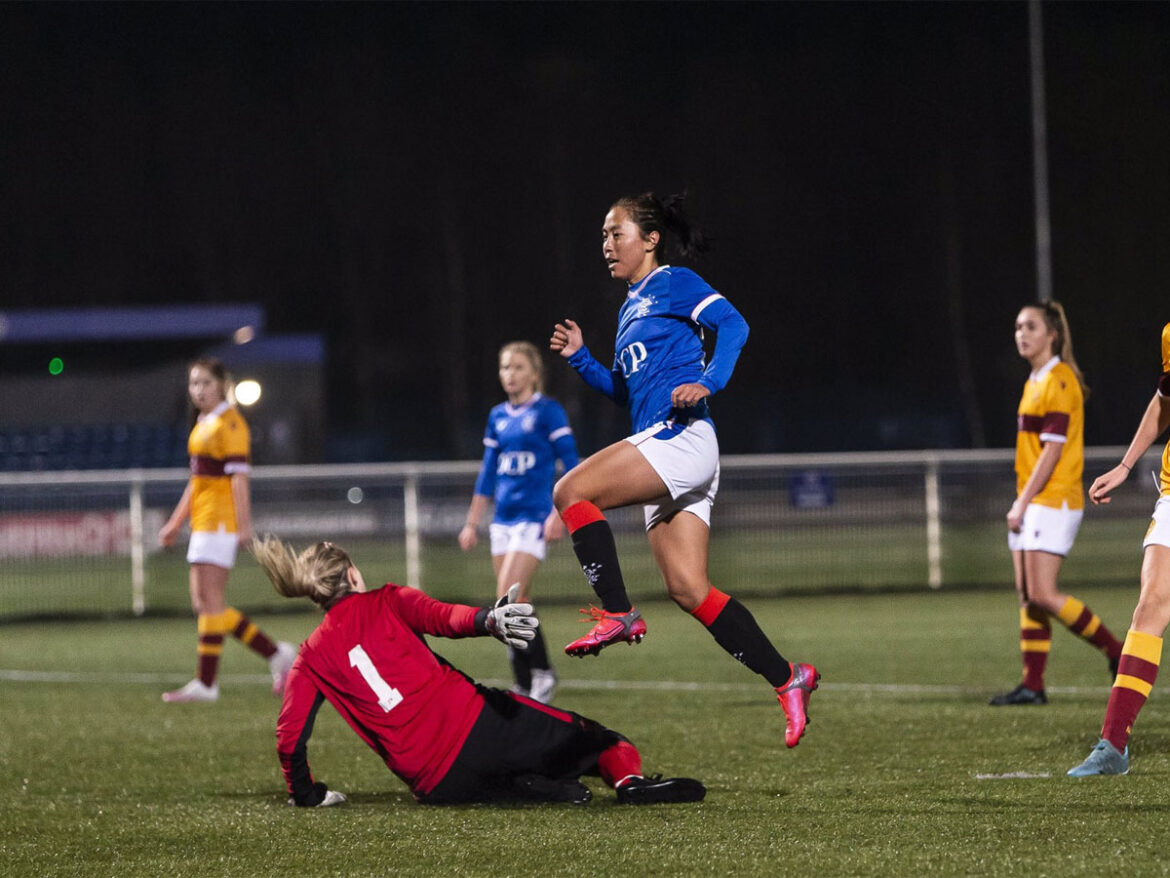 Bala Devi created history by becoming the first Indian woman to score in a professional European football league. The Rangers FC player scored against Motherwell. Rangers won the match 9-0, with the attacker also helping her side win a penalty. Devi joined the Scottish club in January 2020. She became the first Indian woman to sign a professional football contract overseas.

In the 85th minute, she latched on to the ball which she received from midfield. She sent it low into the net to add her name on the scoresheet.

Kirstry Howat and Lizzie Arnot scored a hat-trick each while Megan Bell and Bourma were also on target.

Bala Devi plays forward in the game. She joined the Scottish club in January 2020 and became the first Indian woman to sign a professional football contract overseas. Lauding her achievement, the club had posted few of her match pictures on Twitter.

Bala Devi began her career when she was 15. She served as India captain in a distinguished international career. She has a rich goalscoring record at the domestic level with over 100 goals.

Devi hit the limelight in 2019, when she scored 26 goals in seven games for Manipur Police Department in the Indian Women’s League (IWL). She has also won three SAFF Championship trophies (2010, 2014 and 2016). The player received the AIFF Women’s Player of the Year award in 2014 and 2015.

Bala is the current top scorer for the Indian national women’s team, netting an impressive 65 times in 80 games since 2010, also making her the top international goal scorer in the South Asian region.