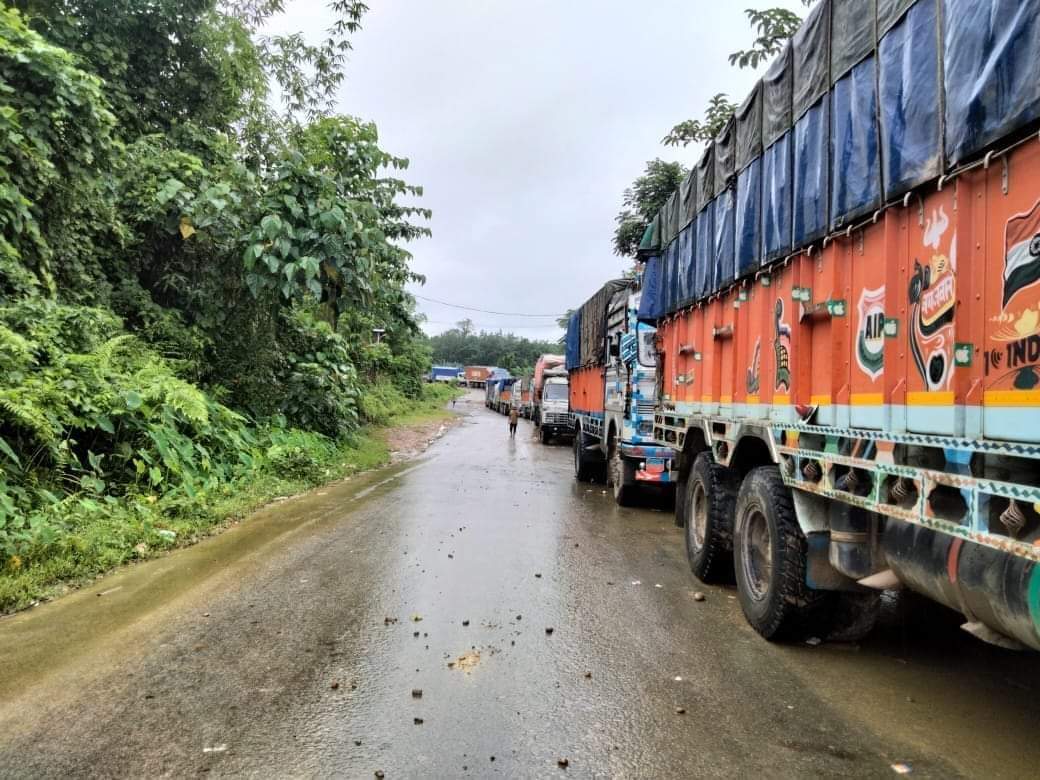 The marathon meeting was held since afternoon at the residence of the Tribal Affairs and Hills Minister Letpao Haokip due to the escalating tension in the state and the ATSUM serving a deadline to the HAC to spell out its political stand over the Manipur (Hill Areas) District Councils (Sixth Amendment) Bill, 2022 and the Manipur (Hill Areas) District Councils (Seventh Amendment) Bill, 2022.

ATSUM was represented by its vice president Vanlallien Khaute with at least 20 members from the All Naga Students’ Association, Manipur and Kuki Students’ Organisation, general headquarters attending.

Meanwhile, the Thadou Students’ Association (TSA), Sadar Hills has clarified that that they are not a part of the ATSUM sponsored economic blockade and ‘ assured safety measures within Kangpokpi district and advised all to refrain from any types of unlawful activities along National Highway-2. TSA also provided a helpline No 7005443525 in case of any emergency.

The student body also appealed to the valley people not to disturb/block/attack any Thadou brethren passing through their area more particularly along the Imphal-Dimapur road. The ATSUM began its economic blockade right after its extended total shutdown from 6 am on August 5 asserting that the economic blockade will continue till their demands are met.

The tribal student body agitation is endorsed and supported by various tribal bodies in the hill districts.

Meanwhile, ATSUM has called an emergency consultative meeting of all tribal civil society organizations leaders and on August 8 at Senapati district headquarters.