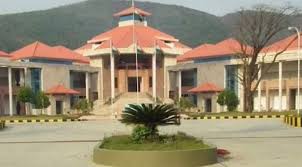 Imphal, Dec 16,2020: The High Court of Manipur has directed the state government to fill up vacant posts in the Forensic Science Laboratory citing that delay in submission of forensic reports directly impacted on the disposal of criminal cases.

The directive was issued by a division bench comprising of Chief Justice Ramalingam Sudhakar and Justice A Bimol based on affidavit submitted by the director of Forensic Science Laboratory in the court.

The director informed the court that there is delay in completing the forensic report and the cases are pending due to lack of manpower and division officers.

The high court directed the state government to fill up all the vacant posts which are highly technical in nature with immediate effect and report by February 11, 2021.

The director of FSL, Pangei submitted the affidavit after the direction of the High Court in connection with the public interest litigation (PIL) filed by RK Joysana through his counsel M Hemchandra on the deplorable conditions of FSL, Pangei, in 2017.

The affidavit of the director of FSL also stated that there is significant increase in the case disposal rate during the year 2017 to November, 2020. The total number of pending cases in the Laboratory has been reduced from 2,288 cases with 56,242 exhibits in 2017 to 1,726 with 54,492 exhibits in November, 2020. It further said that case disposal rate in 2020 is much lower than earlier due to COVID-19 pandemic and repairing of the building.