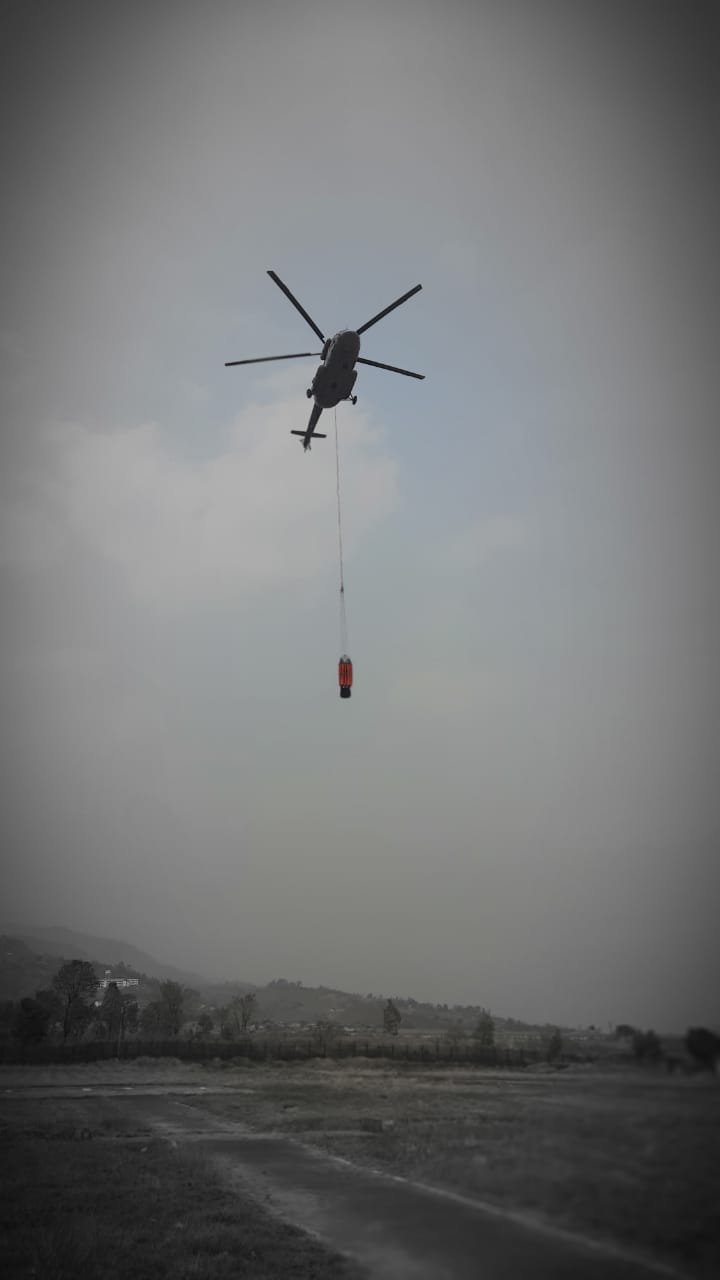 The Indian Air Force (IAF) Monday deployed two helicopters equipped with Bambi Buckets to douse the fire at the Shirui Kashung Peak in Manipur’s Ukhrul district, as the forest fire continued for the fifth day.

Two helicopters of IAF are deployed and they flew missions to douse the fire in Shirui Hills Ukhrul, Manipur today. pic.twitter.com/CDhctn9Nys

The major fire incident comes months after a massive forest fire that had broken out at the Dzukou Valley, situated at the border of Manipur and Nagaland in the Senapati district.

The fire broke out on March 25 at Chihuira, the base of the third and highest peak where the maximum number of the exotic Shirui Lily blooms.