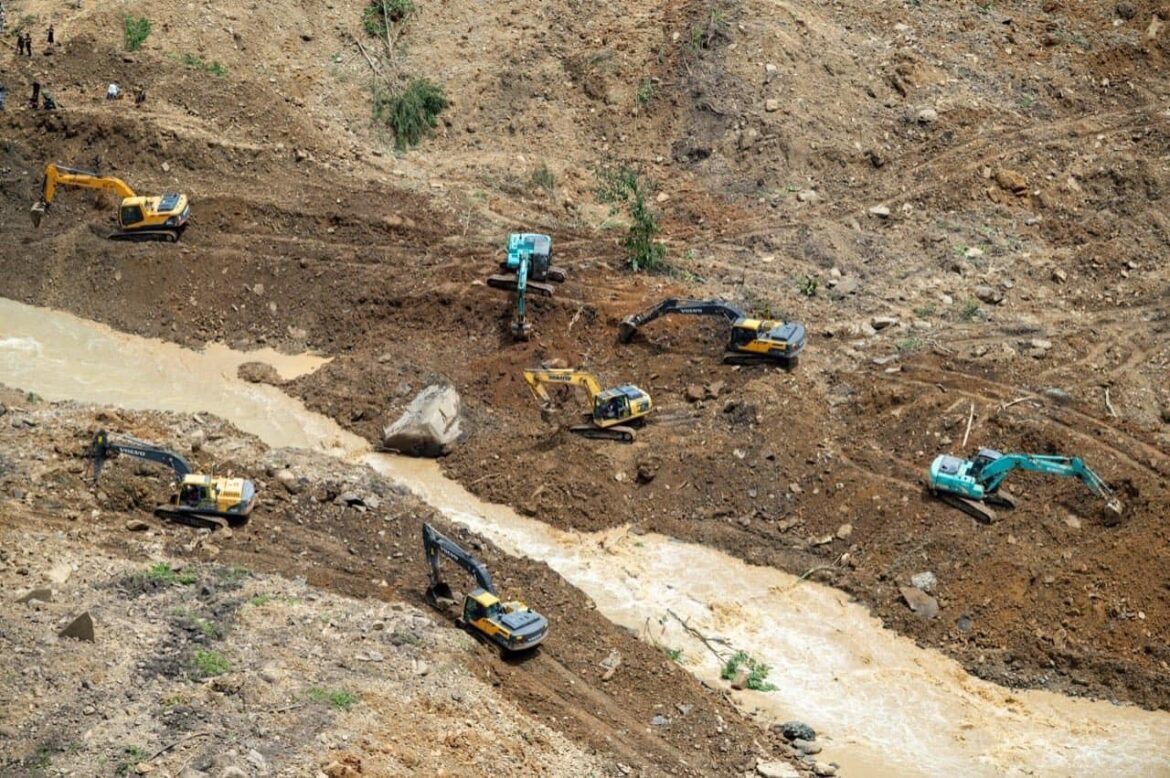 Imphal, July 1, 2022: In deadly Manipur Landslide has claimed 21 lives so far and several missing. Rescue operations with multiple agencies including paramilitary, army and state agencies are in full swing. Manipur Chief Minister again visited the site overseeing it himself along with MLAs at the ground zero.

Till 7:30 PM, July 1, 2022 21 bodies have been recovered, 18 were miraculously were rescued and 42 are still missing so far. Among 18 injured persons who were rescued are in critical condition. 13 bodies were recovered today while 8 of them were found yesterday.

Excavators are being used to pull out bodies from a river in Manipur’s Noney district where several people, including Territorial Army personnel, are feared buried by landslides.

Rescue operations is slow down as the soil are loose and heavy machinery can’t moved.

Authorities have deployed excavators in the difficult downstream terrain of the river, to pull out the bodies.

Search operations are being conducted by the Indian Army, Assam Rifles, and Territorial Army, besides the central and state disaster forces at the site. The Territorial Army provides security to a railway line being built from Jiribam district to Imphal, the state capital.

A Thorough Wall Radar is being inducted by air to detect the presence of personnel buried in the debris, an official release said earlier today. A search-and-rescue dog is also being inducted.