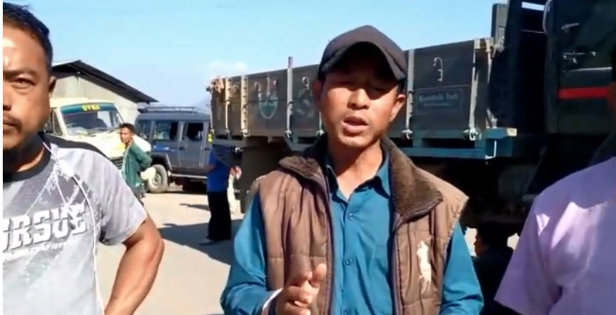 Villagers claimed that they were mistakenly picked at around 12:30 pm by a Manipur Police Commando team at Nungba. All of them are innocent civilians.

Angered by the high handedness of the CDO, general public shut down NH-37 with immediate effect indefinitely until the innocent three are released and dropped back at Nungba Hq without any condition.

The three persons were taken away to Imphal via Khoupum dispersing women folks with tear gas and verbal threatening.General public demands immediate release of the three innocent civilians.

Public also warn of taking extreme steps of agitation if the govt. fail to comply. The CSOs and villages authorities of Nungba area condemn such coward and uncivilized act of Manipur Police Commando towards the public. Further appeal the CM Manipur to stop such act at the larger interest nof the people.