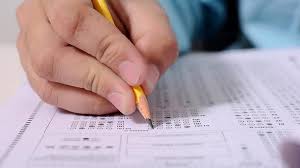 In a joint statement, three student bodies said the MCSCCE 2016 was quashed by the High Court of Manipur “for various lapses and irregularities” in the conduct of the examination.

The statement also said that, “as civil society organisations we welcome any step for the eradication of corruption, and this case being one that concerns the whole Manipur public, the MCSCCE 2016 fiasco should lead to clean up of every nook and corner of the premier recruitment and selection agency of the State the Manipur Public Service Commission (MPSC), and at the same time we fervently demand that there should not be any collateral damage” .

The three student bodies said they are for objective and timely implementation of the judgement pronounced.

“Every culprit involved in any form of corruption in the MPSC examination must be given exemplary punishment,” they further demanded.

It has been one year since the judgement was dispensed, “and we appeal to the State Government to accord this case the highest priority,” added the three student bodies.

The joint statement said that MPSC is hurriedly trying to conduct re-exam of MCSCCE 2016 mains before those who are responsible for the MCSCCE 2016 fiasco are penalized and before even making proper rules only creates doubts and distrusts in the minds of the public.

“We call upon the Government of Manipur to take a proactive role to ensure that the ends of justice are met,” the statement said.

It also said the Government must do what is right and not what is convenient.

With regard to the MPSC, the three student bodies said the Government must take responsibilities if MPSC is not upholding its duties and added that MPSC must not be allowed to conduct any examination till the culprits are penalised.

The statement further said that more than one year has elapsed since passing of the judgement which is more than sufficient time to determine who committed what.

Regarding the selected candidates, the three student bodies said that any of them who engaged in “wrongdoings should suffer the consequence, whereas those who are innocent should be given protection and not discarded to bear the penalty of the wrongs of some other people” .

They also said the people of Manipur deserve full and equitable justice.

They added that MPSC must be made into a responsible Constitutional body, for which it has the mandate, and stopped from behaving like a “remorseless destroyer of the youth”.

According to the joint statement, the fiasco of MCSCCE 2016 cannot simply end in a whimper without anyone held accountable.

It also said the Court had termed the rules of MPSC as half-baked and pronounced that it is the right time to penalize MPSC for the misdeeds it has been doing for many years.

“Therefore, MPSC must be ordered to bring out rules that meet the benchmark of the country,” the three student bodies demanded.

“It is also extremely important to make accountable those who made the half-baked rules,” they added.

“Everyone concerned with wrongdoings leading to the MCSCCE 2016 fiasco must be held accountable,” said the three student bodies and added that it has been a long wait for the culprits to be punished and two inquiries had already taken place.

AIMS, DESAM and ANSAM said that, as responsible organisations, “we also empathize with the unfortunate innocent candidates whose service have been terminated and plead upon every member of the State to desist from name-calling and stigmatization.

According to the joint statement, it is common knowledge that many of these terminated officers are from honest and humble backgrounds.

“Therefore, we once again call upon the Government of Manipur to clean up MPSC as a priority to ensure fair and equitable justice for all innocent candidates,” the three student bodies said.

“Further, we also implore the authorities involved to expedite the matter towards justice and we will not remain silent if justice is not served,” they added.