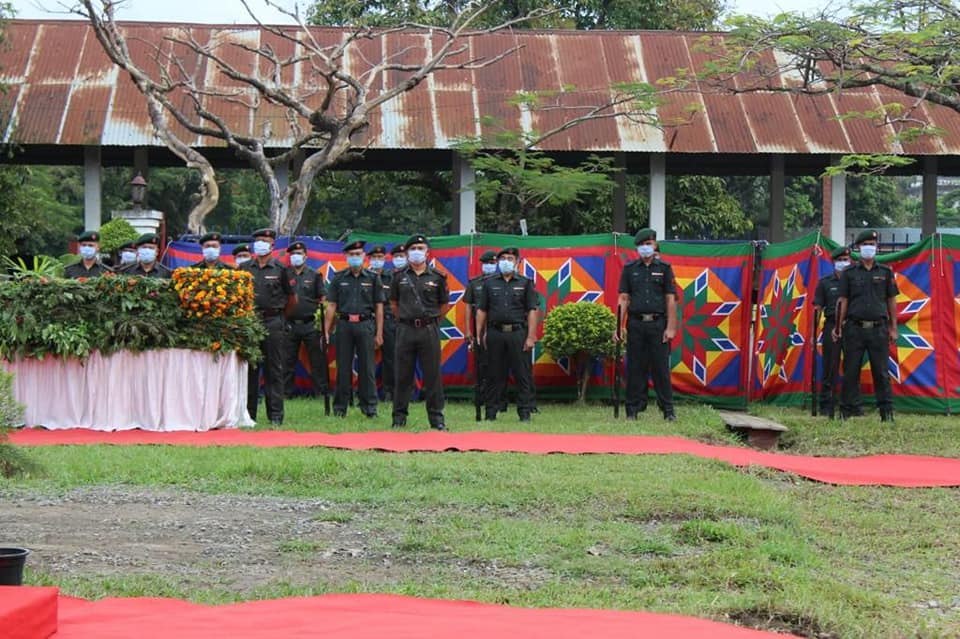 Imphal; Manipur police today observed the Police Commemoration Day today. The event was held at the Parade ground of the 1 Bn Manipur Rifles.

Senior officers and personnel of Manipur Police paid tributes to the martyrs after reading out the names of police personnel who were killed on duty the previous year.

Floral wreaths were placed at the memorial stone with the martyrs’ song played in low tone. Two minutes silence was observed followed by gun salute. Also, similar police commemorations were observed in various district police headquarters all over Manipur led by the respective unit commanders and other senior officers.

Police Commemoration Day is observed on October 21 every year to remember and honour the brave policemen who have laid down their lives in the line of duty.

The day traces its history back to 21 October 1959, when twenty Indian soldiers were attacked by Chinese troops in Ladakh. Due to the altercation between the troops, ten Indian policemen lost their lives and seven were imprisoned.

More than a month later, on 28 November 1959, Chinese troops handed over the dead bodies of the martyred policemen.

Since that day, 21 October has been observed as Police Commemoration Day in honour of the martyrs.