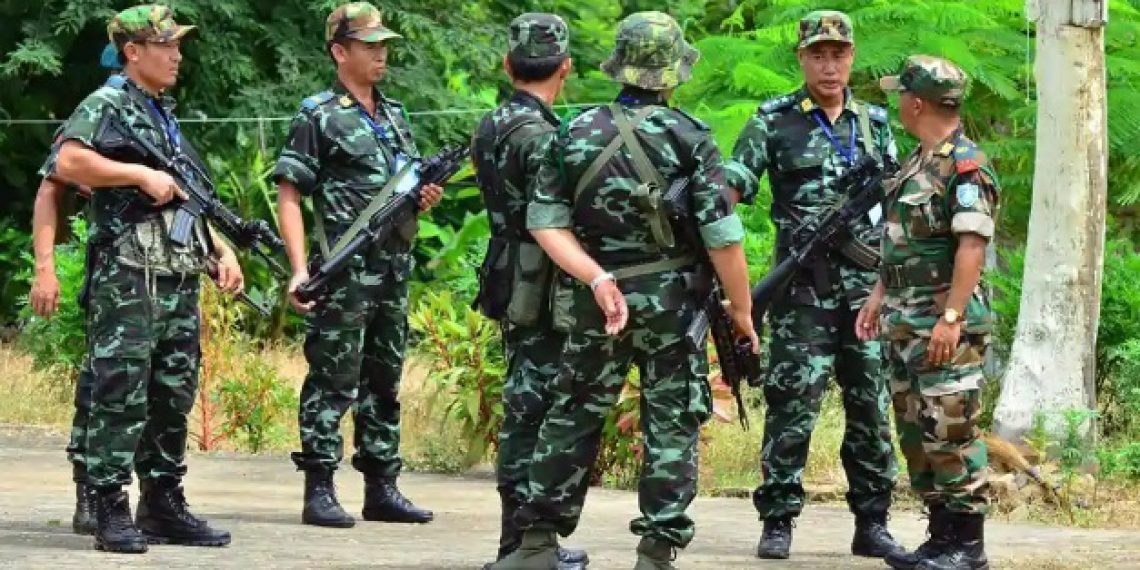 RTI activists from Senapati have been living in hiding in apprehension of the NSCN-IM’s order to withdraw the RTI applications filed to the CEO and ADC Senapati, stated a release issued by RTI activities of Senapati P Johnson Samo and PR Amose.

Imphal, August 10 2021: After reports of frequent intimidation and threats by cadres of NSCN-IM to four RTI applicants in Senapati district of Manipur, the Movement for People’s Rights Forum, Manipur (MPRFM) has requested the Ministry of Home Affairs to take up prompt action to save and secure the lives of RTI applicants.

MPRFM in its letter addressed to the Union Home Ministry mentioned the alleged report of NSCN (IM), Shepoumaramth Region issuing repeated death threats and intimidation to the RTI applicants in Senapati district forcing the applicants to go under cover for their own safety fearing violent attacks by the armed cadres.

In a news report that appeared in leading newspaper Hindu, Two Manipur Right to Information (RTI) activists, in hiding for more than a year for seeking to know how the funds for a tribal council were spent, have sought the support of the people and the authorities before they are silenced by an extremist group.

The Central Government has been sanctioning crores of rupees for the development of hill districts in all spheres for years but the funds have been misappropriated and wrongfully utilized by respective District Councils by awarding the development works to certain privies and agents without executing the actual works on the field and as such many concerned citizens are longing for transparency and accountability of functioning of the public authorities, the forum highlighted in the letter.

The four persons had submitted RTI applications on separate occasions in 2019 and 2020 to the State Public Information Officer (SPIO)/ Chief Executive Officer, ADC, Senapati district seeking the detailed information of the development works in their areas under RTI and as they failed to get the required information, they filed their second appeals before the Manipur Information Commission, the letter read.

The SPIO/CEO, ADC Senapati district has been imposed a fine of Rs 25,000 by the Information Commission for each appeal and as such, all four appeals are pending before the High Court till date.

It also highlighted the alleged abduction of Inoch on January 20, 2020 by cadres of NSCN (IM) under the command of one Lohrii, Central Administrative Officer of Shepoumaramth Region for not obeying their order to withdraw the RTI application.

He was taken to their custody and tortured for several days until his eventual surrender thereof and was fined as well as forced to agree to harsh terms and conditions to silence him, the letter read.

The other three have fled from their respective villages and are hiding in Imphal, the forum wrote.

Another RTI activist who filled a joint application along with 20 other villagers of Phuba village met with the same fate and was forced to surrender with heavy fine for seeking information through RTI, the forum added while highlighting that RTI users of Naga inhabited districts of Manipur are constantly threatened and intimidated by the NSCM (IM).

One Human Rights defender, W Joykumar Singh of Imphal had also filed complaints to NHRC, IGAR (S), National Investigation Agency, New Delhi and Director General of Police, Manipur with all facts and circumstances in connection with fund transfer by elected ADC Members to the armed group to cover up rampant corruption, the letter read.

Moreover, the National Campaign for People’s Right to Information submitted a complaint to the Union Home Minister Amit Shah on June 30 last but no satisfactory action has been taken up till date, it added.

The RTI users from Senapati who are hiding in Imphal recently received death threat messages saying that they would be killed before their cases are disposed of if they do not surrender to NSCN (IM) .

They may surely be killed if appropriate actions are not taken up, the forum said while drawing the attention of the Ministry of Home affairs to ensure safety, security and well being of the RTI activists.

Also noting the ‘ban’ imposed by the NSCN (IM) on people filing applications under RTI Act or filing complaints to the State Lokayukta vide their order dated March 16 last year, the forum requested the Home Minister to take immediately take up the issue and ensure common people residing in Naga inhabited districts to exercise their fundamental right to information for the end of justice.