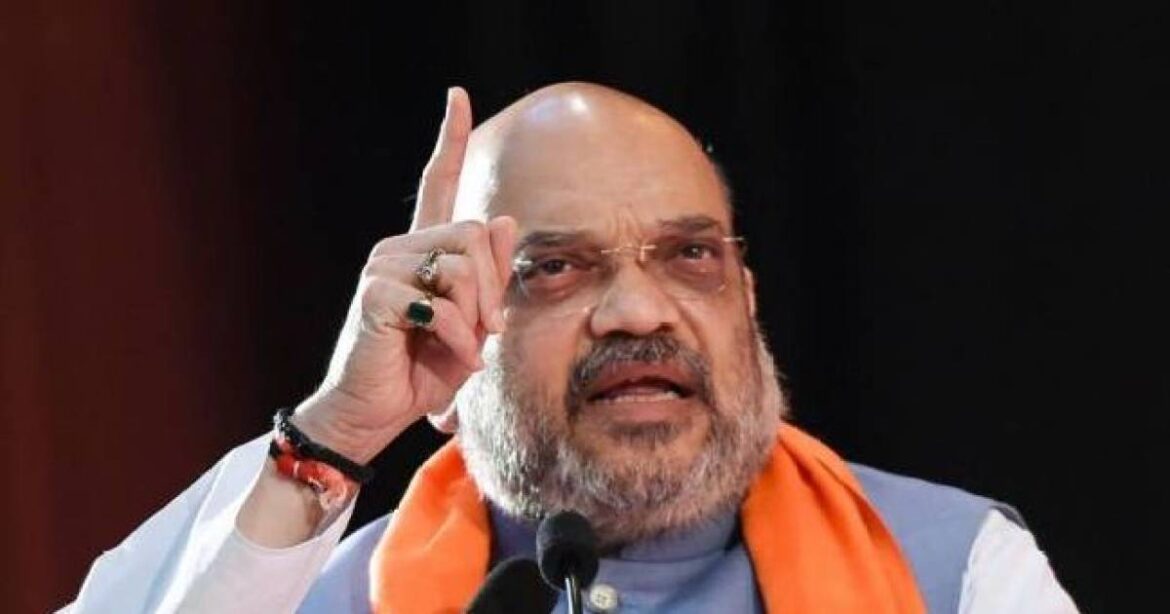 Imphal, December 26 2020: In Manipur, in view of the Union Home Minister Amit Shah’s visit to the state, security arrangement has been stepped up in Imphal.

Union Home Minister Amit Shah and Minister of State for the Ministry of Development of North Eastern Region, Dr Jitendra will visit the state on December 27. The state government has completed all preparations to accord a grand reception to the Union Home Minister in his one day visit.

Meanwhile, several beautification and makeover activities were carried out along the busy streets of Imphal town. The road dividers were being seen painted across the Imphal Airport Road and several other places.

Security personnel have been deployed across all the major points from Bir Tikendrajit International Airport till Hapta Kangjeibung where the Union Home Minister will address a large public gathering.

In the meantime, the Union Home Minister will inaugurate Thoubal Multipurpose Project and Bishnupur-Tupul-Thoubal-Kasom Khullen Road.

The Union Minister will also hold talks with representatives of the Coordination Committee on Manipur Integrity and other civil society organisations later at 3.30 pm at Classic Grande.

Above the security measures being taken up, work of barricading on both sides of the streets and painting of road medians were seen ahead of the visit.

Other decoration works including raising of colourful flags along the streets leading to Hapta Kangjeibung, construction of gates, raising of hoardings and banners with greetings and welcome notes at strategic locations were also going on in full swing.

BJP flags have been raised at Hapta Kangjeibung where cleansing and grass trimming were seen till late.

The ongoing works at the main venue were personally inspected by DGP LM Khaute today.