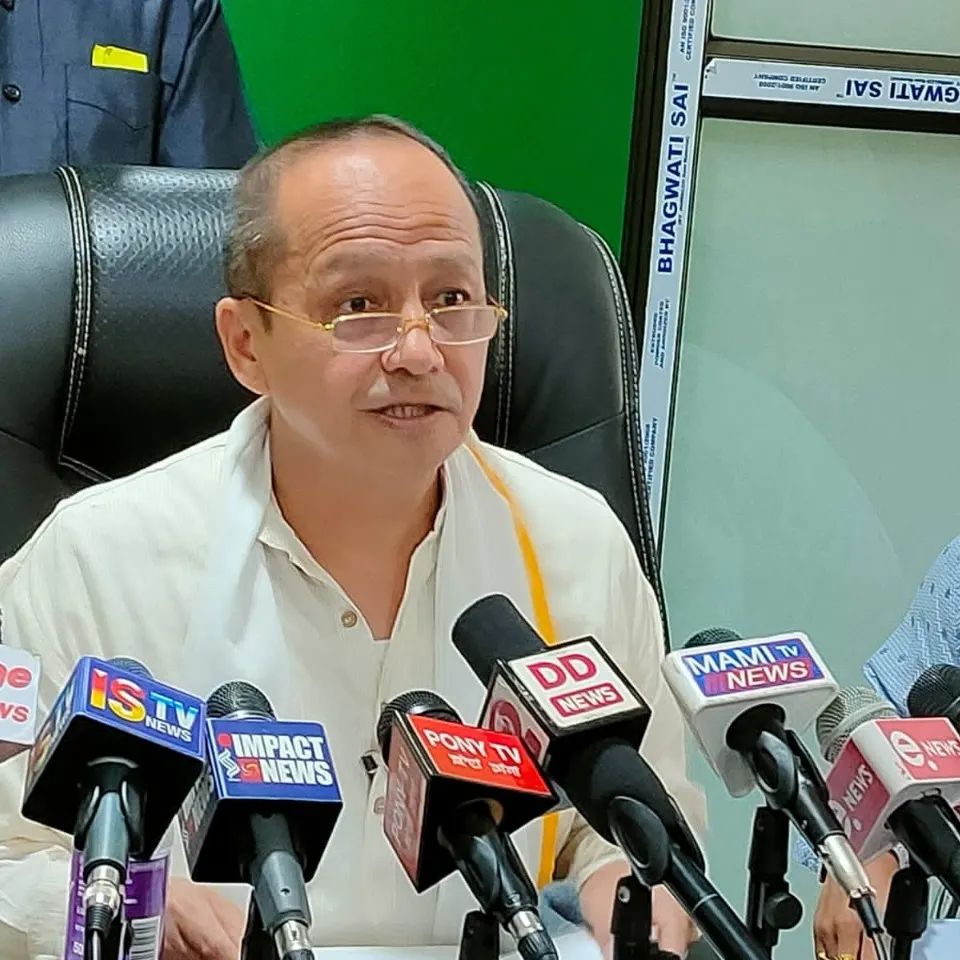 Imphal, September 04 2022: Manipur’s Education Minister Th Basantaumar on Sunday said that 3,480 integrated teachers under the department of education (School) are still employees of the state government and the government order for a separate salary head of account was issued for the welfare of teachers. On the mass casual leave by SSA and RMSA teachers in Manipur as protest, minister said that the teachers opted to hold the protest due to miscommunication and termed it as ‘unfortunate’.

Addressing the media, the minister said due to some misunderstanding between the government and integrated teachers, the 3,480 teachers had undergone agitation, including mass casual leave. However, the order for a separate salary head of account was issued for the welfare of teachers and the integrated teachers are still under the department of education (S), he added.

In a press note issued by deputy secretary (education-S), Elangbam Sonia, it mentioned that the salary portion of erstwhile SSA Primary Teachers, Upper Primary Teachers and RMSA Graduate Teachers continue to be contributed by the Ministry of Education Government of India at Rs 15,000, Rs 20,000 and Rs 25,000 per month per teacher respectively.

The Finance Department issued the Office Memorandum No. FBUD-9/6/2021-e-FD dated 10/05/2022 to utilise the financial support from the Central Government for payment of salaries of the above teachers. Funds would be reflected in the newly created Head of Account and authorised for expenditure by the State Finance Department irrespective of release of funds by Government of India, it added.

“This has been done in view of the welfare of the teaching community, the Department of Education (5) and the optimal resource utilisation of the State Government and also to ensure Monthly salaries are paid to the Government Employees (with Employee Identification Number (EIN)). This is in line with the new procedure of release of funds mandated by the Government of India under Centrally Sponsored Scheme under Public Finance Management System, opening of Single Nodal Account and transfer of funds to dedicated accounts registered as “Vendor”. As detailed in the Finance Department OM this would facilitate and expedite the transfer, reimbursement and booking of the amount of the financial support received for payment of salary. This Office Memorandum issued by Finance Department is not only in respect of Education Department but it is applicable to all Central schemes where we get financial support for salaries.”

The education minister further appealed to the teachers not to continue the agitation but to continue attending the classes as with the new salary head of account it will bring welfare for the teachers.

Education Minister Thounaojam Basantakumar has said that the Government will make an effort to complete the rationalisation process of teachers posting by October this year.

Speaking to media persons at Babupara today, the Education Minister said that the State altogether has 1884 Government schools from primary to higher secondary level.

Saying that many Government schools in Manipur don’t have adequate infrastructure and teaching staff, Basantakumar continued that about 6945 teaching and 235 non teaching staff posts in school education are lying vacant currently.

The Education Minister claimed that this shortage of teaching and non-teaching staff is caused due to non filling up of vacant posts on time since a decade back.

The Education Minister further stated that the process to recruit 923 graduate teachers is almost completed.

The Government will also recruit some pre-primary, primary and Hindi graduate teachers but it will take time, he added.

He reiterated that the rationalisation of teachers’ posting will be completed by the end of next month (October) .

On School Fagathansi Mission (SFM), Th Basantakumar said that the initiative was taken up to develop some select schools as a model school and not to upgrade all the Government schools in one go.

Maintaining that the SFM is in its second phase and there would be a third phase too, the Education Minister said that assuming SFM as a failed undertaking of the Government by showing some schools with inadequate infrastructure would be wrong.

He claimed that the rate of enrolment at Government schools rose by 29 per cent since the inception of SFM.

To a query, Th Basantakumar said that the disproportion in posting teachers at Government schools would be fixed once the rationalisation of teachers is completed.