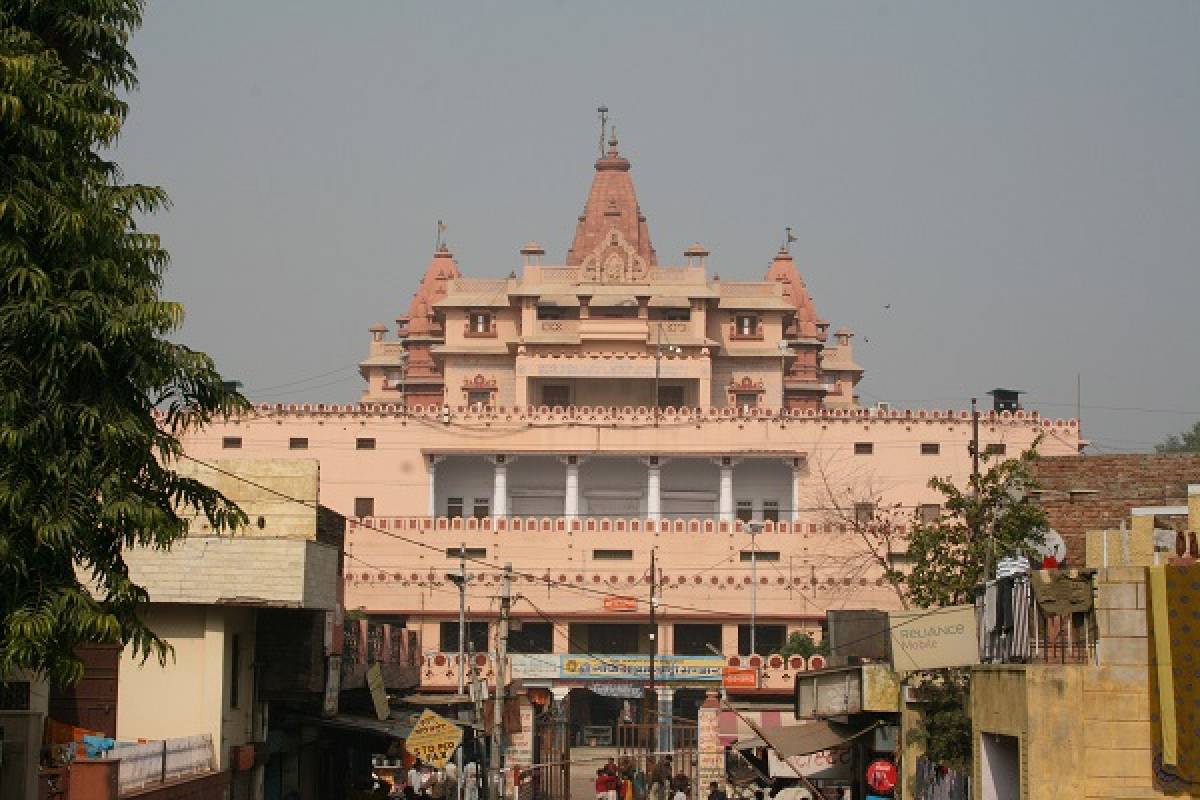 In a bid to reclaim the Shri Krishna Janmasthan land in Uttar Pradesh (UP)’s Mathura, a civil suit has been filed before a court of a civil judge on behalf of the deity Bhagwan Shri Krishna Virajman, reports Hindustan Times.

The suit filed by Lucknow resident Ranjana Agnihotri has sought the court’s intervention to facilitate the removal of the Shahi Idgah, which is situated adjacent to the Shri Krishna temple complex at Mathura.

The suit seeks recovery of 13.37 acres of land situated within the area of the temple and has arraigned UP Sunni Central Waqf Board and the Committee of Management of Trust of Shahi Idgah as defendants in the suit.

The suit alleged that the trust with the help from some Muslims had encroached upon the land belonging to the Shri Krishna Janmasthan Trust and the deity, and erected the structure.

It said that the birthplace of Lord Krishna lies beneath the structure built by the trust.

The suit also alleged that the Shri Krishna Janmasthan Seva Sansthan, the governing body of the temple complex, entered into an illegal compromise with the Shahi Idgah’s trust with a view to grab the property belonging to the deity.