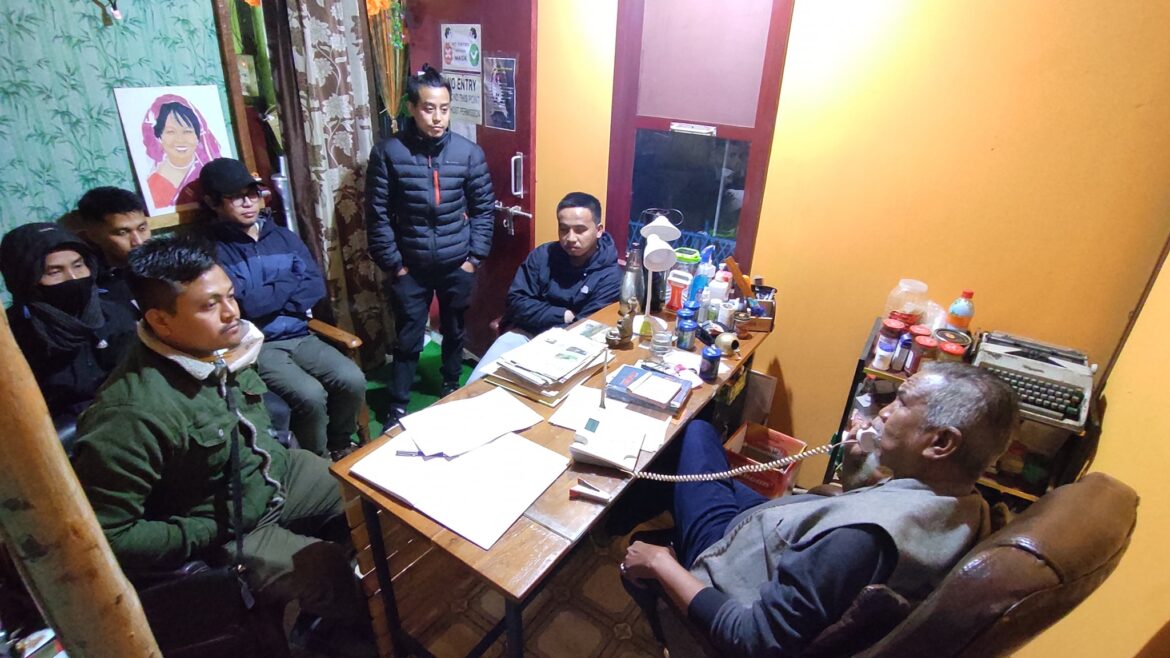 Imphal, November 27 2020: Ahead of the proposed visit of Union Home Minister Amit Shah to Manipur before the final deal with the NSCN-IM and NNPGs is inked, the Kangleipak Kanba Lup (KKL) has submitted a memorandum to Chief Minister N Biren demanding inclusion of Meitei’s into Schedule Tribe list.

A copy of the memorandum has also been addressed to the Union Home Minister.

In the memorandum submitted to the Chief Minister, KKL stated that though the all inclusive final deal with the NSCN-IM and the NNPGs may not disturb the territorial integrity of Manipur the ramifications of the final deal will be felt in the States of Arunachal Pradesh, Assam and Manipur.

“We are positive that the territorial boundary of Manipur will remain unchanged…however we are sure that the Nagas of Manipur as well as the Kukis will be benefiting in terms of getting autonomous administrative setups under the 6th Schedule of the Constitution of India,” said KKL.

“Classifying the Meitei tribe as a Scheduled Tribe of India will be the panacea to the problems and dilemmas including unemployment and preservation of the indigenous ethnic identity which the Meitei people of Manipur have been facing since Manipur’s merger with the Union of India in 1949,” said the memorandum.

It is here the Chief Minister needs to keep the interest of the Meiteis in mind before saying a final yes to the final deal, said KKL and added that this is where due stress need to be given to the demand that the Meiteis be included in the Scheduled Tribe list under the 5th Schedule of the Constitution of India.

Taking the example of Asom Tais of Assam, KKL said that the demand they be included in the ST list of the Constitution is being considered and added that the Asom Tais ruled Assam for 600 years and even defeated the Mughal forces of Emperor Aurangzeb in the Battle of Saraighat in 1671 .

KKL further said, “It is our demand that the Government of Manipur should immediately consider recommending the inclusion of the Meiteis as a Scheduled Tribe and place it before the Central Government and to that extent we would like you to convince Shri Amit Shah during his visit here”.

Classifying the Meiteis as a Scheduled Tribe of India will ensure the protection of the scarce land which they are now confined to, which is a mere 10 percent of the total geographical area of the State, said KKL.

The memorandum also explained that the Centre has extended ILP to primarily protect the Meitei people and added that this Act was enforced primarily to protect the interests of the ST people of the North East, as in Mizoram, Nagaland.

The Meiteis who are now under the ILP fits the case to be included in the ST list, it added.

Urging the State Government as well as the Central Government not to only “agree to the demands of the ethnic groups of the State and the region only after they have taken up arms against the State,” KKL said classifying the Meiteis as a Scheduled Tribe will be a very good precedence in this regard.

Classifying the Meiteis as a ST should be the pre-condition before giving the green signal to the final accord between the Centre and the NSCN (IM) and the NNPGs, added KKL.