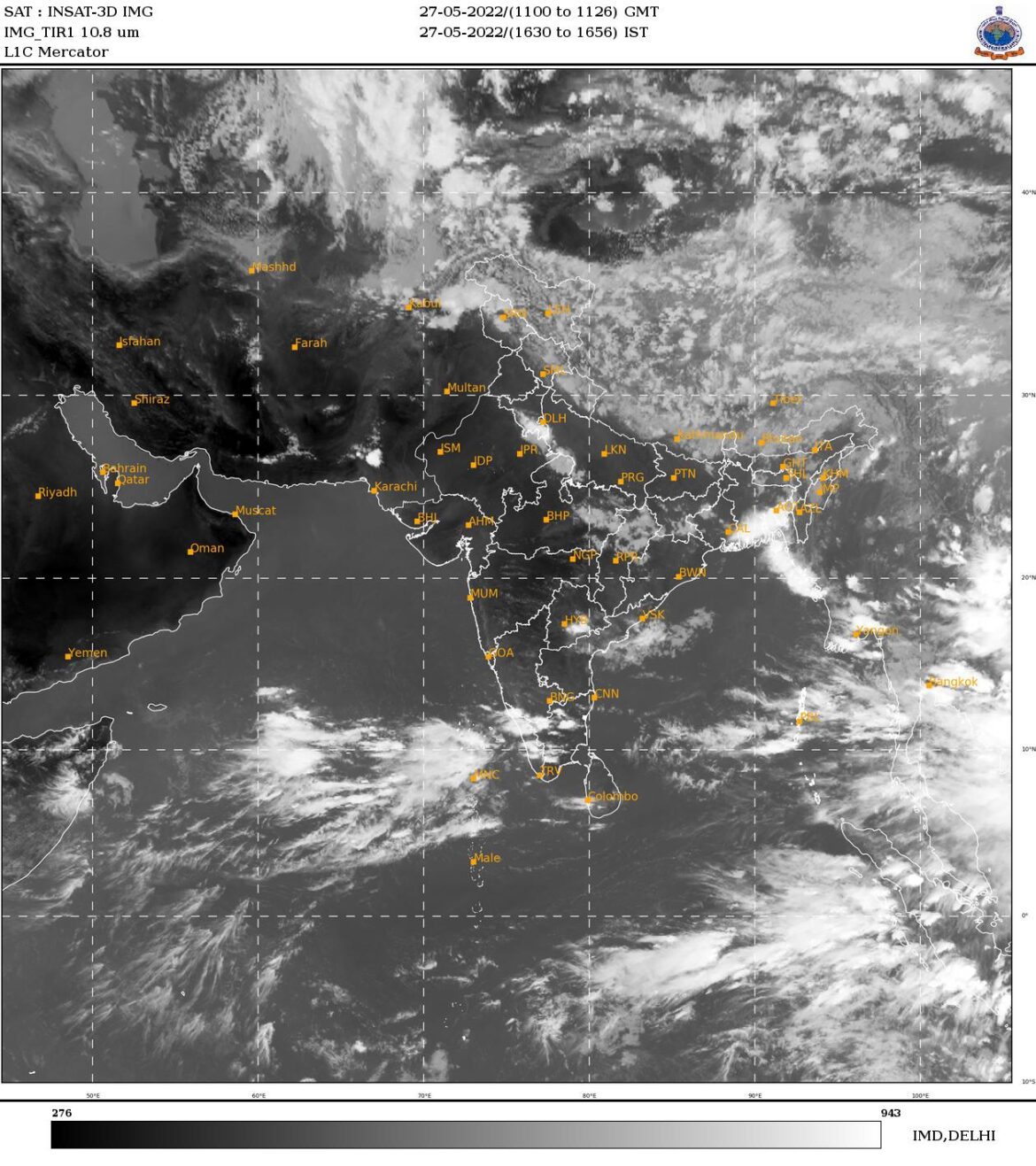 The Indian Meteorological Department has predicted rainfall in North Eastern and Eastern regions of India till May 31. Climatic conditions consisting of an east-west trough blowing from northwest Rajasthan to Odisha and a cyclonic circulation in the skies of north Bihar and its neighbourhood is seen which will create rainfall conditions over the eastern and northeastern regions of India.

Information available from IMD’s website has predicted that with the influence of east-west trough from northwest Rajasthan and southwesterly winds from Bay of Bengal scattered to fairly widespread rainfalls have been predicted over northeast India and also in parts of Bihar, Jharkhand, Odisha, West Bengal and Sikkim supported by strong storm and winds, lightening for the next 5 days.

IMD predicts strong rainfalls over Sub Himalayan West Bengal, Sikkim and Arunachal Pradesh on 30 and 31st and in Assam and Meghalaya from 27 to 31st. The rest parts of the northeastern regions- Nagaland, Manipur, Mizoram and Tripura will also receive rainfall in the last week of May.

However, heatwave temperature is also said to remain across East India leading to a rise of 2- 4 degrees Celcius in temperature. Therefore no change is to be seen during these 3 days as well as in the upcoming week.

With the ongoing rainy weather in these places, the IMD has put forward a yellow sign signalling to be aware of the upcoming climatic conditions.

With the northeast getting a signal to receive heavy weather and rainfall in the above-mentioned areas, it is a critical condition for the people who are already fighting the ongoing rainfall conditions.

Floods have already created much worse situations in various parts of Assam as well as northeast areas. It is time to stay prepared for the weather situations to be handled so that no more casualties would get reported and people can survive through it as 5.61 lakh people had suffered.

By the way, it should be noted monsoon usually starts in the northeast around June 5 and it reaches east India by June 15. But it seems the prevailing rainfall has shown the monsoon to cover the region early.

IMD’s rainfall measurement ranges something from 1454.3 MM in Meghalaya to 746.8 MM in Assam, 803.1 MM in Sikkim, Manipur 426.4 resulting in ‘Excessive’ rainfalls. On the other hand, Arunachal, Nagaland, West Bengal, Bihar and Jharkhand were categorised as getting normal to near normal rainfall.