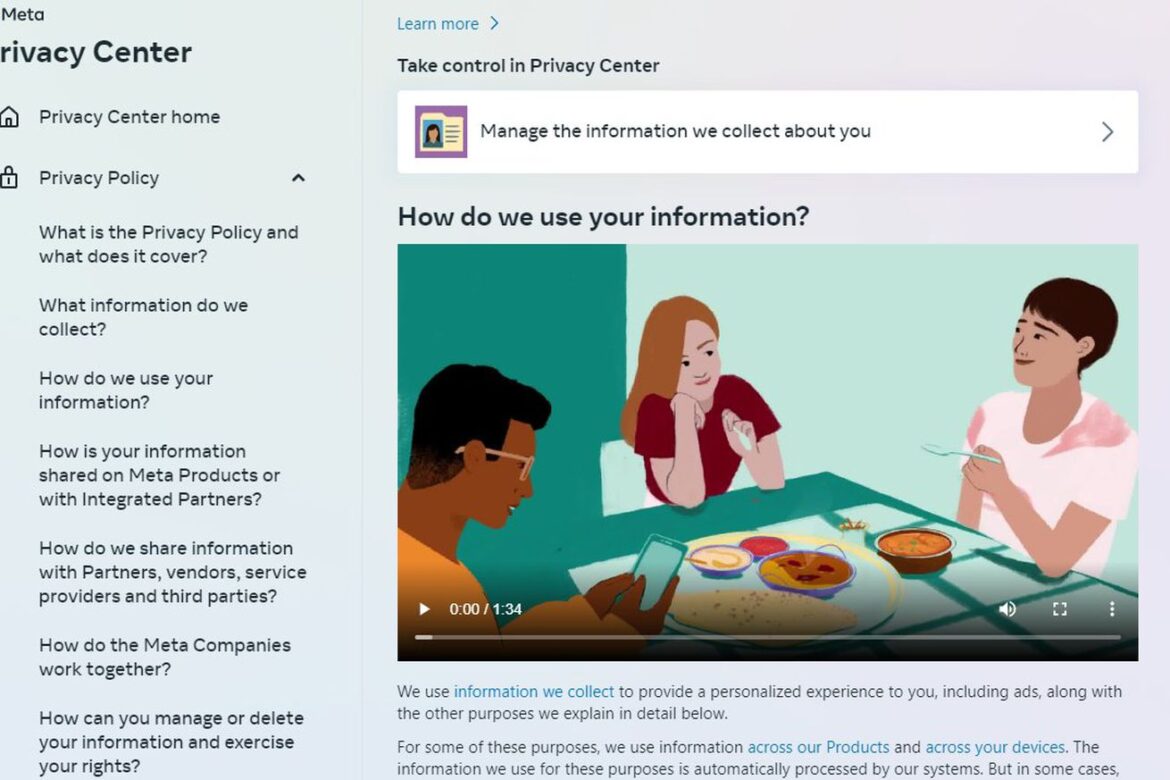 With this revision, Meta “is not collecting, using or sharing your data in new ways based on this policy update and we still do not sell your information,” according to the company. Instead, this update tweaks the language and adds examples to help people understand what each segment is about.

After reading through the new policy and comparing it to the old one, this appears to hold up, for better or worse. John Davisson, the senior counsel for the Electronic Privacy Information Center, said in a comment to The Verge that the promise that this policy won’t share data in new ways sounds good, but “the problem is that Facebook already funnels user data at industrial scale into a vast targeted advertising ecosystem. So the status quo is not good for privacy.”

Meta has made overtures about making its policies simpler and easier to read more than once over the last few years (in 2014 and 2018, for example), and this layout may do the best job of it so far, but as much as it helps people understand what they’re agreeing to — it may help Meta more. Including examples helps prevent the kinds of misunderstanding and misinterpretation of rules, like the incident with Instagram’s terms of service update in 2012, when people thought the service would suddenly start selling everyone’s photos

DISCLAIMER:
This is a syndicated post and published without any changes except for the headlines