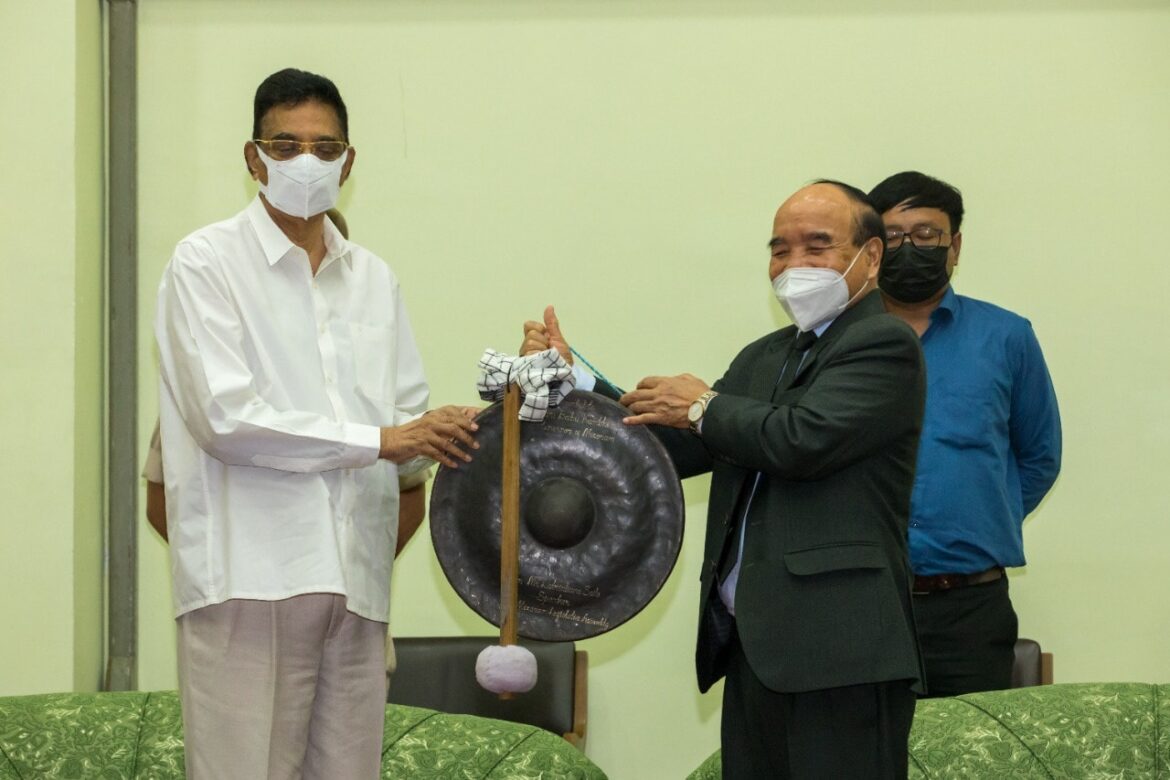 Mizoram became a Union Territory in 1972 and the first Assembly Session was held on 10 May, 1972.

Marking the 50th anniversary of the Mizoram Legislative Assembly, a special Assembly Session of the state legislative assembly was held on Tuesday.

He wrote in his facebook page “I feel privileged to be a chief guest at this special session which marks the Golden Jubilee of the Mizoram Legislative Assembly.As a former Member of Parliament and Former member of Andhra Pradesh Legislative Assembly, I am delighted and cherish this occasion.I, therefore, congratulate the Hon’ble Speaker and the Assembly Secretariat for successfully organizing this Grand Celebration.”

On the occasion Lok Sabha Speaker, Om Birla has conveyed his greetings on the Golden Jubilee.

The Lok Sabha Speaker in his message appreciated the peaceful electoral processes of Mizoram. He said that Mizoram Legislative Assembly’s graceful conduct of proceedings of the House presents to all a role model for our democracy.

He also wished that the Mizoram Legislative Assembly would continue embarking on such exemplary good works and set high benchmarks in this regard even in the years to come.

He further added that Mizo society is knitted together by a very unique code of ethics which calls everyone to be hospitable, kind, unselfish, and helpful to others, with a sense of charity while putting community above self.