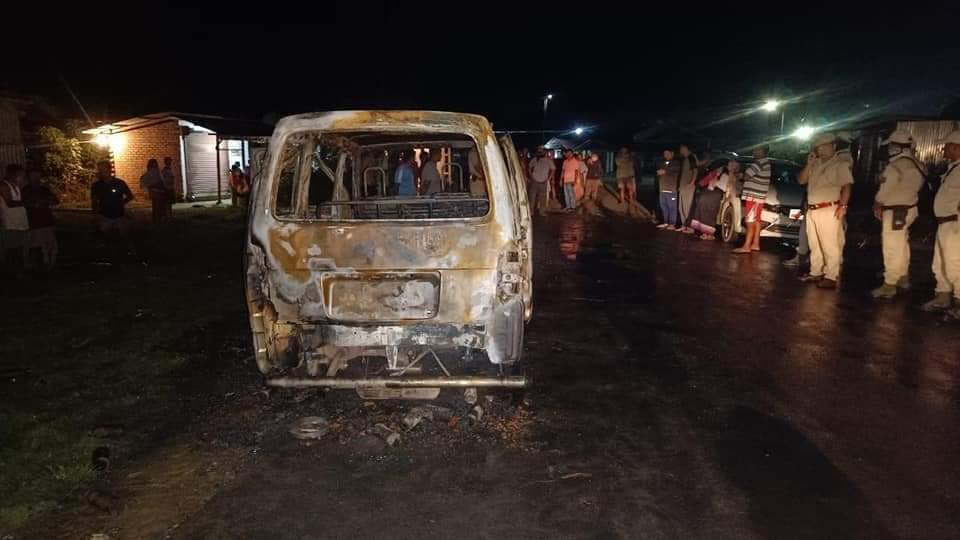 Imphal: In a bid to contain spread of hate speech,Mobile Data Services in Manipur suspended for five days. Manipur government issued an order in this regard.

In this order issued by Special Secretary (Home) H Gyan Prakash stated that some anti-social elements are using social media to transmit hate speeches inciting the passions of the public.

The development came following a report by the Superintendent of Police (SP) of Bishnupur district that a vehicle was set ablaze by 3-4 men at Phougakchao Ikhang on Saturday evening.

”The crime has created communal tension,” the order read further.

In a disturbing development, a van was set on fire this evening by two unidentified men in between Kwakta and Kangvai while another car was set ablaze near Kaparang village by unidentified men hours later, in what is suspected to be a tit-for-tat action.

Though it is not known what triggered the chain of events, the victim of the first incident identified as Letkholal said two men in a white car stopped him in between Kangvai and Kwakta and asked him if he had participated in the ATSUM bandh.

Despite his repeated denial, the duo had poured kerosene oil on his van and escaped from the scene after setting it on fire.

As the incident began circulating in social media, people suspected to have taken offence of the first incident reportedly set ablaze a car at Kaparang village.

Following the tension, the District Magistrate (DM) of Bishnupur has also imposed prohibitory orders under Section 144 of the CrPC for a period of two months across the valley district beginning Saturday evening.

As per Meitei Leepun, the blockade targets the valley area of the state. Since, the ATSUM was seeking to introduce the Manipur (Hill Areas) Autonomous District Council (Amendment) Bill 2021 in the Monsoon session of the assembly, however, the N Biren Singh-led BJP government of the state introduced the Manipur (hill areas) district council 6th and 7th amendment bills on Tuesday.

This step of N Biren Singh was not weclomed by the ATSUM as they claimed it was not in line with their demands.