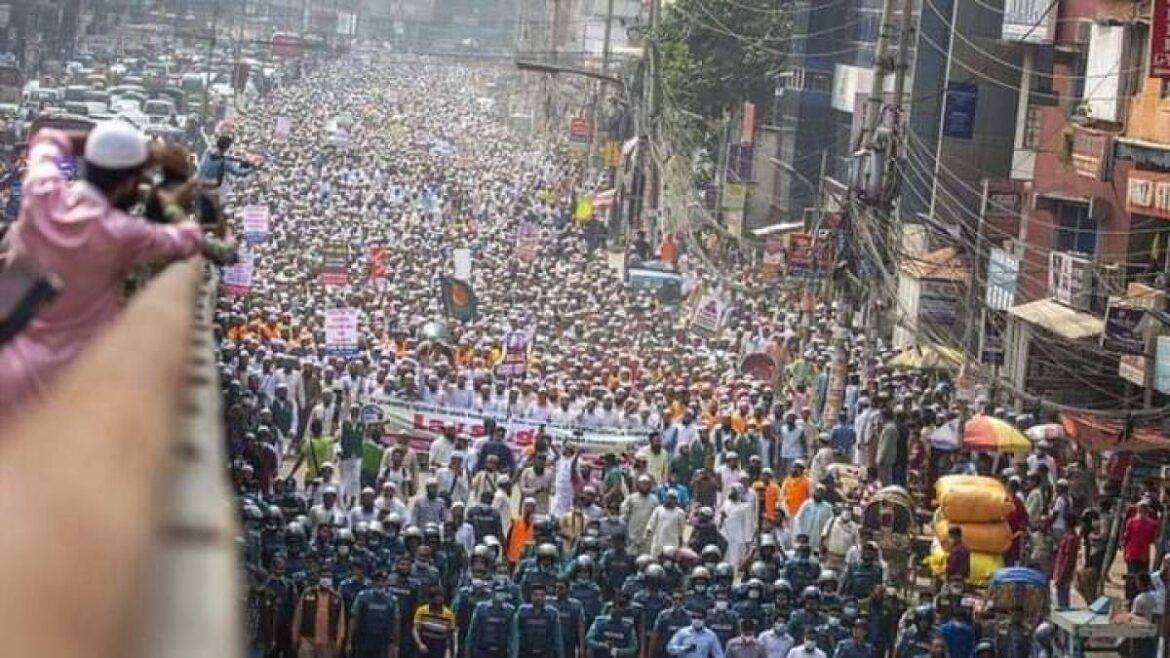 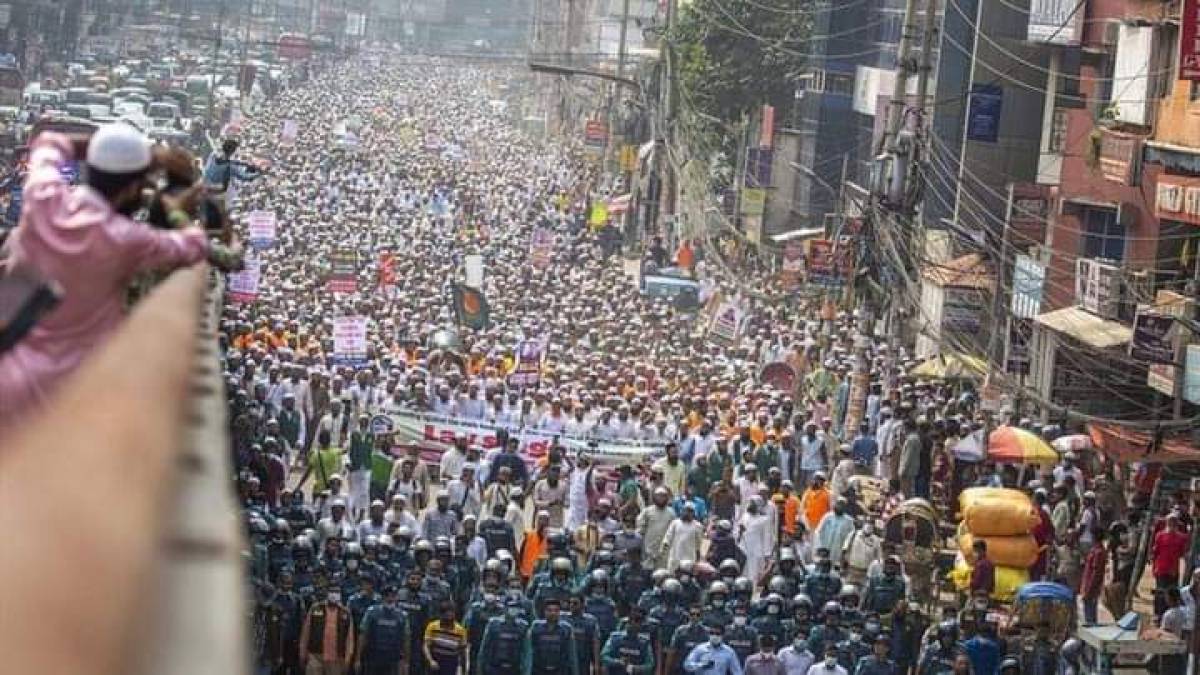 Tens of thousands of Muslims hit the streets of Dhaka demanding a boycott of French goods and severing diplomatic relations with France, Dhaka Tribune reported.

An estimated 40,000 people took part in the march, which was organised by Islami Andolan Bangladesh, one of Bangladesh’s largest Islamist parties.

Several hundred activists and leaders of the party joined the rally at Baitul Mukarram National Mosque. The protestors then marched towards the French Embassy located in the Gulshan diplomatic area to lay siege to it. But police intercepted them in the by putting barricades on the road.

Protesters chanted “Boycott French products” and called for President Emmanuel Macron to be punished. They also called for law that provides serious punishment for those insulting Islam and Mohammad (regarded by Muslim as their prophet) in Bangladesh.

“France is the enemy of Muslims. Those who represent them are also our enemies,” said another of the group’s leaders, Nesar Uddin.

Macron has become a target of protest in several Muslim-majority countries after his clarion call for defence of French secularism. He spoke out after a teacher was beheaded earlier this month for showing cartoons depicting the Prophet Muhammad. Macron condemned the gruesome beheading of a French history teacher who showed cartoons of Mohammed in class. Muslims view any depiction of Mohammed as blasphemous. But since the beheading, the cartoons have been displayed by French Citizens in solidarity with the murdered teacher, angering some Muslims.

Macron said that the teacher, Samuel Paty, “was killed because Islamists want our future”, but France would “not give up our cartoons”.

The French Ministry for Europe and Foreign Affairs has issued a safety instruction for citizens in Bangladesh among other countries advising them to take precaution and to stay away from any demonstration devoted to caricatures and avoid attending public gatherings.