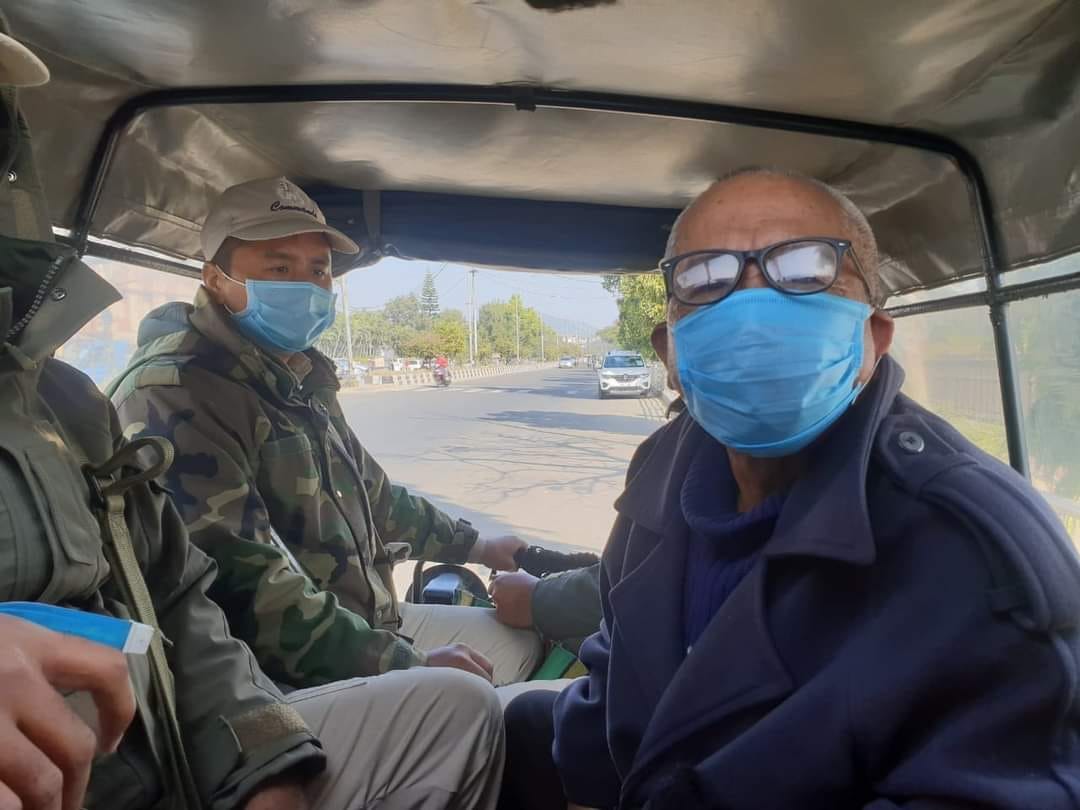 Gurumayum Molecule Sharma was arrested for allegedly shooting his nephew Gurumayum Surjakumar aged 34 years, son of G Gope Sharma of Chingamakha Ngakraba Leirak, Imphal West district to death on November 21. The victim is an employee of the BSNL posted at Imphal.

Murder accused Molecule Sharma also was tested positive for COVID-19 few days back was produced before the Court through video conferencing after the completion of 7 days police custody remand.

The IO of the case through APP submitted that the murder accused is a criminally minded character and carried out his move after proper planning.

The IO further submitted that the murder accused had also attempted to eliminate the deceased on several occasions earlier.

Finally, after killing his nephew on November 21 last, Molecule went to Thouda Bhabok Leikai in his Maruti Omni car and left the car there. The murder accused hired an autorickshaw and went to Heikrumakong and from Heikrumakhong he hired another autorickshaw and went to Kangpokpi to his friend’s place. Upon reaching Kangpokpi, he could not find his friend’s place he went to the War Cemetery at Deulaland , said the IO and added that G Molecule Sharma revealed that he stayed for two days at the cemetery.

The murder accused was kept at JNIMS Hospital under tight security after being arrested by a team of commando from Thangmeiband Lourong Purel Leikai on November 24 as he was tested positive for COVID-19 .

The Court after hearing the submission of the IO through APP and from the perusal of the material on record remanded G Molecule to judicial custody till December 14 and also directed to keep him at a quarantine prison, Sajiwa during his judicial custody period with proper security till he is free of COVID-19 .