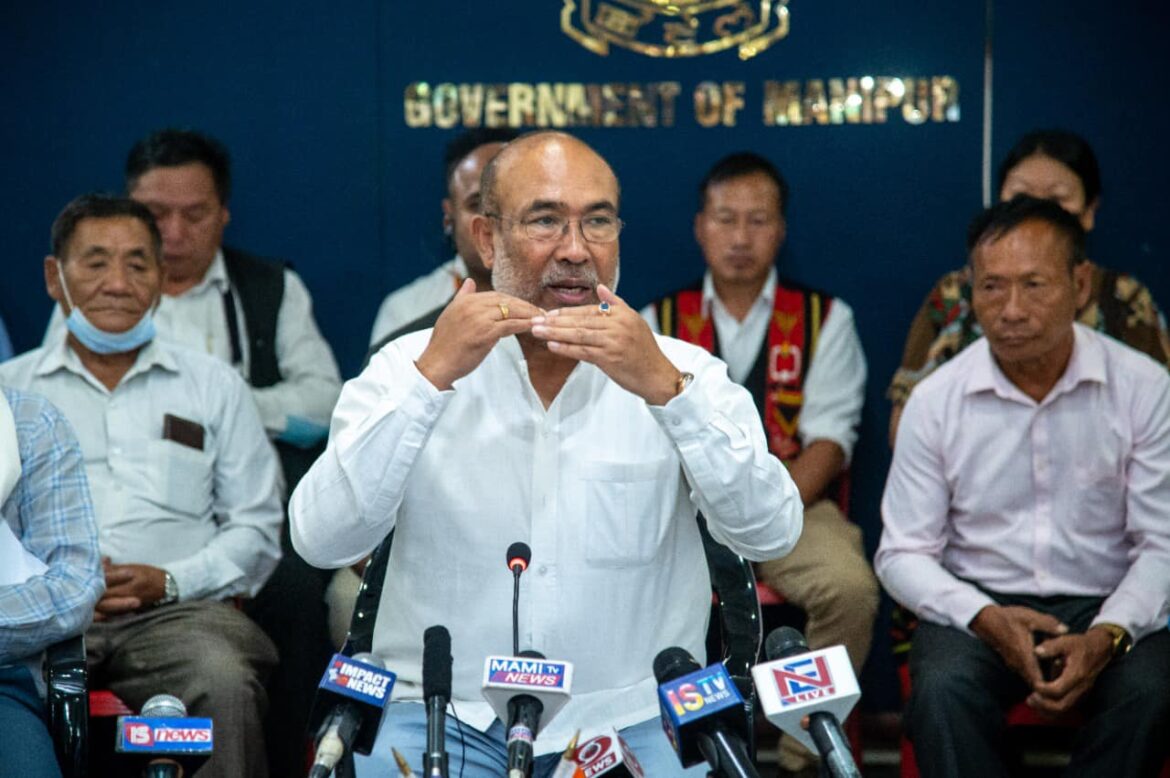 Manipur Chief Minister was responding to questions from the media regarding the measures taken up by the government to prevent spread of communal and hate speech on social media platforms, during a press conference held to welcome Mao civil bodies support to the government ‘s War on Drugs campaign at CM Secretariat here on Thursday.

Biren continued that the government will not remain silent when the integrity of the state faces threat from any quarters.

The government arrested a person, who is not from the state and has zero knowledge of the history of Manipur, for making communal statements on social media with the aim of disturbing the communal harmony and unity of the state.

He then urged the people not to be upset over the arrest of Mark Haokip who is an outsider and is threatening the integrity of the state.

The Cyber Crime police unit in the state has become stronger and the state government will take up FIRs against individuals with complete records of the communal aggressions they made on social media.

These records and FIRs will affect their future prospects in any government jobs including the police force, he cautioned, while adding that the government will continue to monitor as long as possible.

Responding to questions on the protests being staged in Churachandpur and Kangpokpi over Mark Haokip’s arrest, Biren stated that the government has never been lenient on those threatening the unity of the state, while mentioning the arrests of activist Erendro, journalist Kishorechandra and recently, the arrest of a Congress spokesperson.

All of them have been arrested in accordance with the law, he added.

Stating that the government is not against any community, the N Biren Singh said that those who threaten the unity of the state, indulge in drug trade, clear forests illegally, encroach on government land and involve in anti-social activists are arrested.

Thus, Mark Haokip was arrested for his communal statements and attempting to destroy the unity of the state, while claiming to be a Myanmarese human rights activist. He was arrested so as to save the country and state from an outsider, Biren stated.