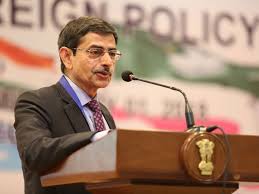 Kohima, Dec. 2 ,2020: Naga Hoho has launched a sharp attack on Governor RN Ravi condeming his statement on the eve of 58th Nagaland Statehood Day, accusing him of “glorifying the controversial Naga Peoples’ Convention (NPC) and the creation of controversial statehood”.

The Naga Hoho, through a press release condemned the Governor’s what they term as “abusive statement” and said that it cannot support it.

“We had the notion that Mr Ravi was unlike other interlocutors in the past and had great hope that during his tenure something could be worked out and he had wisely understood the Naga political problem and its history of more than seventy years. We never expected such antagonistic statement from a brilliant, intelligent and self respecting Interlocutor who is supposed to be a harbinger of peace,” the statement read.

Accusing Nagaland Governor and intercoluter of the Naga Peace Talks RN Ravi of trying to ‘create division among the Nagas in the lines of regional and artificial territory, it asked the Tribe Hohos, various associations and civil society organisations, particularly from Nagaland state, to reflect on Nagas’ identity, ponder over the issues it had raised and come out with an open mind whether his “statement is acceptable to the Nagas”.

Stating that no Governor has resuscitated the 16-point charter of demands, the Naga Hoho asked: “What prompted you to take keen interest on the contentious issues after 57 years of statehood when Government of India and Naga negotiators are trying to resolve above 16 point resolution?”

It went on to shot a series of questions at Ravi, seeking to know ‘why GoI signed ceasefire agreement in 1964 and 1997 if the 16-Point Resolution is final settlement; who are the guns of people from outside the state of Nagaland inspired by Maoist ideology and tactics?; which single entity is claiming the sole franchise over it?; and who are the primary stakeholders on Naga issue?’

“The Indian National Flag and Constitution are the pride of the people of India, so also Nagas do have our own flag and constitution. Who is talking contrary and peddling preposterous lies? Are you not the one who misinterpreted Framework Agreement? If the talks concluded on 31st October, 2019, why did GoI directed IB officials to engage in Indo-Naga peace talks after you have created divide and destroy policy? If Indo-Naga political issue is meant for the

Nagas of Nagaland, where is your comprehensive inclusive political settlement and who is stopping or delaying the final agreement?” it continued.

“Hon’ble Sir, please remember that Indo-Naga political problem is much older than you. No one is immortal and we will all die but Naga issue will remain ever green if we fail to find out amicable solution and bring to a logical conclusion with sheer political will,” it added.