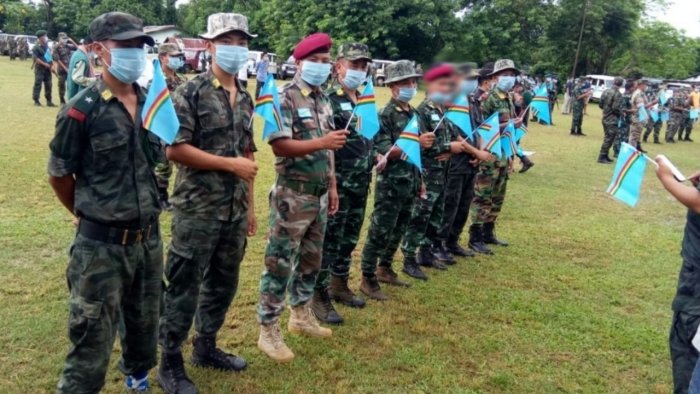 Dimapur, Dec. 3, 2020 : NSCN/GPRN today stated that the lull of silence of the majority against the cacophony of the few emasculated India centric leaders should not be construed as the voice of the Nagas and be taken mistakenly as a docile sign of acceptance.

A NSCN/GPRN’s statement issued by MIP deputy kilonser, Nikato Pilot Sumi, stated that the Indo-Naga political conflict has reverberated and resurged with unabated rigour and strength due to Indian government’s insidious insincerity and wilfully military occupation of Naga lands.

“The crux of the matter is that all politically discordant issues of India has its origins in its militarily imposed Union on all its so called states. It is utterly untenable for India to think that its government can forever maintain its militarily imposed hegemonic rule over the Nagas or for that matter over other nations under its neo colonial rule,” the statement read.

The deputy kilonser also stated that Indian government would fare well by heeding to reason and sensibility rather than be carried away by its military might saying, “might can never imprison or dissuade our consciousness of a sovereign Nagaland for Christ”. He added that the vision of their forefathers for a sovereign Nagaland for Christ is well alive even today and holds more significance and much dearer due to the countless martyred Nagas. He further affirmed that NSCN/GPRN would tirelessly and continuously hold on to the baton and pass on to all successive Naga generations.