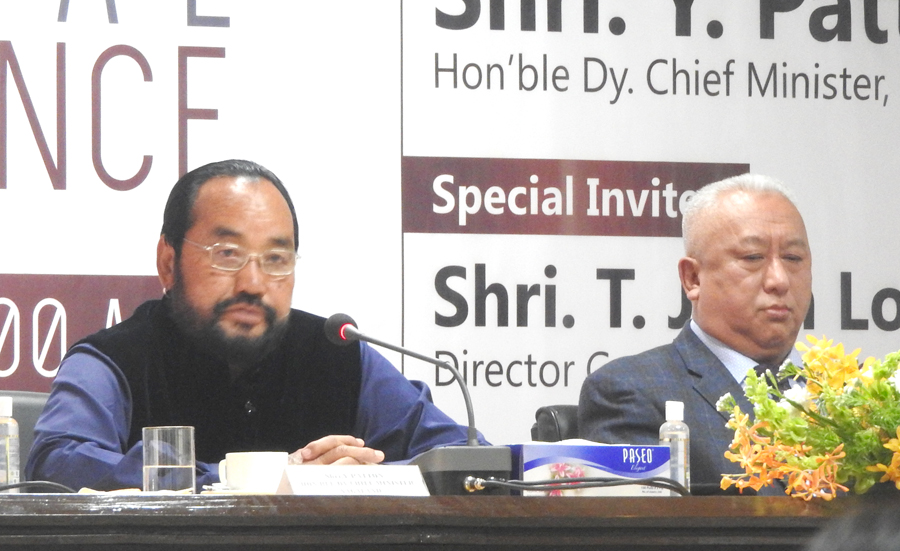 Dimapur, Feb. 5: Deputy Chief Minister Y Patton on Friday suggested expressed concern over the presence of drug addicts and alcoholics in the police force and suggested stern action against such personnel.

The minister was addressing the gathering at the 49th General Conference of Nagaland Police Service Association (NPSA) at Rhododendron Hall, Police Complex in Chümoukedima, Dimapur.

“One area of serious concern in police force is the presence of some drug addicts and alcoholic personnel, and therefore, we must come up with comprehensive legal mechanism to further strengthen the service jurisprudence to screen out such irrepressible personnel from the service in the police force,” said Patton.

He added that drug addicts and personnel performing duties under the influence of alcohol will invariably tarnish the hard-earned good image of the entire police force and also the officer concern, under whose command such ‘delinquent’ personnel is deployed.

“The government expects a high degree of professionalism and dedication from the police and we cannot tolerate any kind of irresponsible behaviour, indiscipline and laxity in the discharge of duties,” he stated.

He said that, as responsible public servants, they must uphold and enforce the law of the land “without favours, partiality and nepotism”. He reminded that no other agency in the government has been entrusted with such volume of responsibility for maintaining peace and order in the society except the police force, and therefore they should be proud of that distinction.

He further expressed the need for a planned upgrade and expertise in the field of cyber-security and cyber crimes in view of explosive usage of information technology today. ‘We need to understand how information technology is being used by miscreants and devise strategies to counter and contain cyber-related crimes,’ he added.

Patton said that maintaining a secure environment in the society requires special skills built around knowledge of technology, economics and sociology. Policing, especially controlling organised crimes and protecting the vulnerable in our state must continue to be a focused attention of our police force, he stated.

He stated that police personnel are most visible representatives of the government to its citizens in the hour of needs, dangers, crisis and difficulties; police station and policemen happen to be the most appropriate and approachable unit and people. ‘Police are expected to be most accessible, interactive, discipline and dynamic organisation of any society and you all are privileged members,’ he added.

He said the nature of police personnel’s job is really exhaustive and taxing, not necessarily because of one’s engagement in duty for long hours at a stretch but because of the nature of duty.

“Police job is mostly situational and one has to be on its toes all the time, and holidays and odd hours become the busiest hours for police. Moreover, there is the pressure of public expectations mounting on the police while performing normal duties and more so in situations arising due to law and order or incidents,” he stated.

Patton further urged the officers to continue rendering their dedicated service to the people, and appealed to continue upholding the confidence and trust bestowed upon them by the government and serve the state and its people with dignity.

T John Longkumer, Director General of Police (DGP), Nagaland, stated that they are currently gathering committee’s report about the administrative gaps and that it is time to review all the loopholes and improve their services through reforms.

Reminding that policing is changing today due to IT-generated crimes like cyber crimes and other challenges including protests, he appealed to the officers to think innovatively to tackle such new challenges. He also told them to know their history and ask the future leaders of the force to remember the legacy.

President of NPSA, Vekhosa Chakhesang mentioned some unfinished works while citing acute shortage of IPS officers all over India, for which, he said, the central government has introduced limited competitive exams, giving opportunity to all the forces including paramilitary and neutral forces to fill up vacancies.

But the proposal could not be materialised due to strong opposition from the central IPS association; however, the association had suggested induction of SPS officers, being feeder cadre to fill up the IPS vacancies. In this regard NPSA has submitted a presentation to the government of Nagaland for One Time Special Dispensation for SPS officers to fill up IPS care post vacancies in the state though induction, he said.

‘Today, many of our officers shy away from morale responsibilities and indulges in many undesirable activities which stale the image of the entire police,’ he said, adding that ‘we need to take corrective measures in ourselves and function as a contributive agent of the state as our rights come with responsibility in equal measure’.

‘Perhaps, it is time to introspect and earn back the honour and respect which the NPS have commanded and deserved. We as the son of soil must develop a sense of belongingness and take the challenges,’ he added.

Chakhesang went on to share that the primary objective of the conference was to deliberate important issues pertaining to grievances affecting the service condition of the cadre officers and to take up genuine issues with the government for redressal.