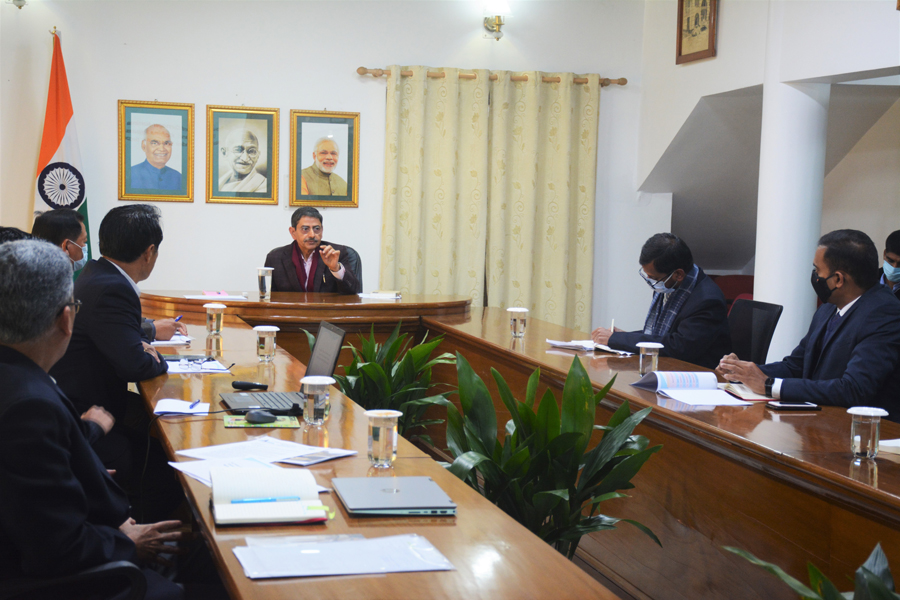 Kohima, Feb. 11 : Nagaland Governor RN Ravi on Thursday reviewed situation arising out of the traffic restrictions along NH-29. After the review with officials, later it was decided to lift total restriction of traffic.

The governor expressed his deep concern over the untold hardships caused to the public due to the continuing traffic restrictions on NH-29, informed the press release issued by the PRO to Governor.

“Governor also conveyed his displeasure to the contractors for reckless rock blasting which is the cause of the heavy rock slide. He advised the state government to explore legal actions and hold the erring contractors accountable for their reckless acts,” read the press release.

It went on to inform that the house came to the conclusion that “total restriction on traffic was no longer required and hence the Highway will be opened for the commuters – for both way traffic between 6 am and 10 am, and 2 pm and 5 pm everyday from February 12, 2021”.

Civil society organisations were livid over the inconveniences caused by the traffic restriction between Dimapur and Kohima along the National Highway-29 (NH-29).

The National Highways and Infrastructure Development Corporation Limited (NHIDCL) will ensure that the contractors deploy enough resources on the ground and take sufficient measures to stabilise the rocks and clear the debris without delay, it informed, adding that the dimapur district administration will review the situation after one week for further easing the traffic.

Meanwhile, DC Dimapur also issued a notice informing that it was decided during a meeting held at Raj Bhavan, Kohima, on Thursday, to allow traffic between Chathe River Brigde (Patkai Bridge) and Khuokhi River Brigde (Kukidolong) daily via two windows.

The stretch of road will be opened from 6 am to 10 am for light vehicles; and 2 pm to 5 pm for heavy and light vehicles with effect from February 12 till further review and orders, read the notice.

“However, all the commuters and plying vehicles shall strictly adhere to all the traffic regulations and maintain a distance of at least 30 metres between vehicles. The traffic personnel shall strictly monitor to ensure smooth and safe traffic during the window periods,” it added.