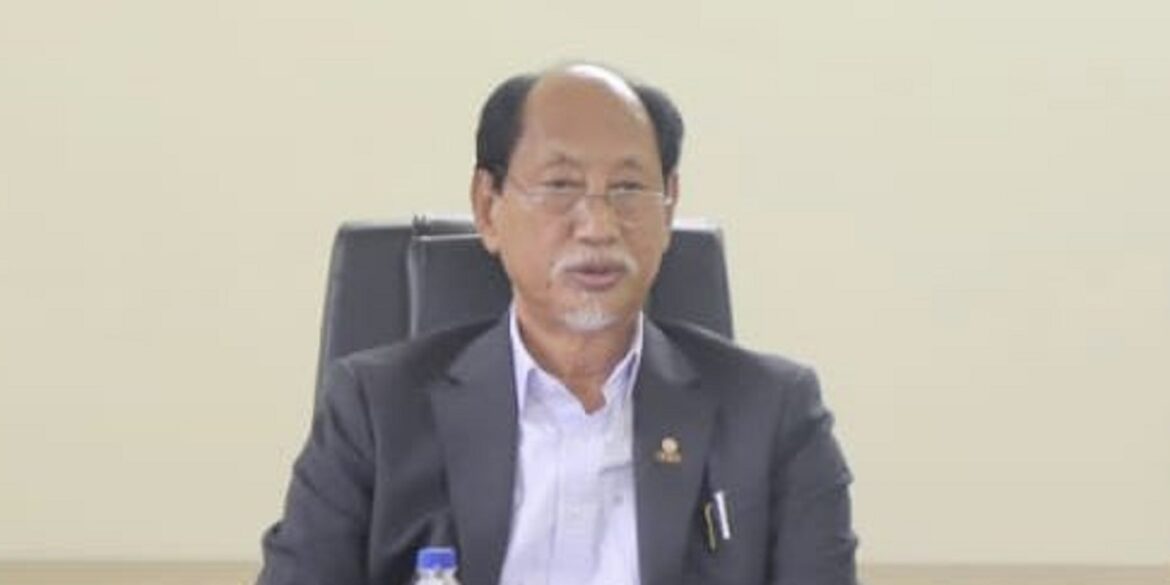 Kohima, Aug 16, 2022: The Nagaland government has warned against any form of agitation that violates the law or creates law or order problem or disturbs the existing atmosphere of peace and public tranquillity or causes nuisance and obstruction to the general public. State Home department has decreed that calling for bandhs, strikes, agitations involving blocking National Highways and public roads in the State as a mode of agitation to press for various demands was a punishable offence.

The Nagaland government said that the district authorities are also empowered under law to firmly deal with the violators.

In a notification on Tuesday August 16, Nagaland Home commissioner Abhijit Sinha said any purported grievances for any agitation should be brought to the notice of and pursued with the government authority concerned for appropriate action. Any public gathering, meant to express views or grievances or otherwise, without prior permission of the competent district authorities is illegal, he said.

The notification said certain individuals, organisations and associations calling for bandhs, strikes, agitations involving blocking national highways and public roads in the state as a mode of agitation to press for their grievances.It said blocking of national highways and public roads is a punishable offence under relevant sections of the National Highway Act 1956, the Prevention of Damage to Public Property Act 1984 and the Indian Penal Code. It has also been held in various judgments of the Supreme Court and high courts that bandhs and road blockades are illegal and unconstitutional and organisers must be prosecuted, the notification said.

The Nagaland government observed that  in some cases, as a part of agitation to press for certain local demands, calls are given for disturbing celebrations of national days or forcefully preventing law-abiding citizens from participating in such celebrations and functions”.

“Any forceful act with intent to disturb the celebrations of the national days is illegal and a serious offence and the culprits are liable to be prosecuted under relevant sections of law,” it stated.

The Nagaland government asked the district administration and police to appropriately sensitize the organizations or groups concerned which have any pending grievances or have given a call for disruptive agitation.

It said in case of any violations on the part of any individual, group or association, the authorities concerned should initiate appropriate action under the relevant provisions of the Indian Penal Code, the Prevention of Damage to Public Property Act 1984, the National Highway Act 1956 and such other appropriate laws depending upon the violations, disruptions and disturbances caused.