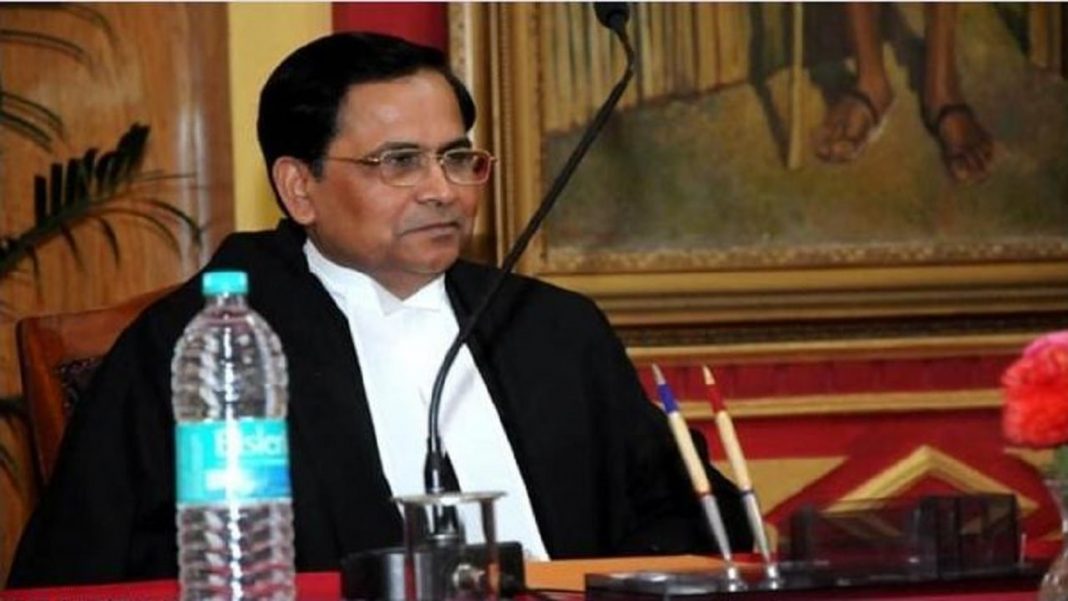 New Delhi, Jan. 25, 2021: Nagaland Lokayukta, Justice (retd) Uma Nath Singh, has told the Supreme Court that he seeks a safe and graceful exit from the Nagaland as one of the conditions for his resignation.

Earlier on January 11, a bench headed by Chief Justice S. A. Bobde had given him a week to consider resigning from the post after the Nagaland government had moved the top court complaining against his “unjust and arbitrary demands”.

“We do not think you have been or can function properly with this kind of relation with the government,” the top court had noted. It had also disagreed with his contention to operate as Nagaland Lokayukta while staying in Delhi.

Justice Singh, a former Chief Justice of Meghalaya High Court, had, in a note submitted to the top court, said he is willing to submit his resignation upon the dismissal of petition by the Nagaland government and set out five terms and conditions.

He said that upon dismissal of the petition by the state, he will submit his resignation, as he is unable to continue “due to unpleasant circumstances and a very hostile environment”.

Singh, who was represented through senior advocate Vikas Singh, said the top court may treat this note as his resignation and may pass orders accordingly.

“That the Registrar General of the Guwahati High Court and the Chief Secretary, Government of Nagaland and Commissioner/Secretary to the Governor be directed to ensure taking custody of articles supposed to be handed over by the Lokayukta to his office, providing vehicles and other facilities as per his entitlement, processing of his resignation if asked to submit to the Governor and safe and graceful exit of the respondent from Nagaland,” his note listed among the terms and conditions for the resignation.

The note added that Nagaland or any other authority or person should not use or refer to any material or averment placed on record in the present matter against him for initiating any kind of action, complaint or proceedings or defaming him in media or any other manner etc. whatsoever in nature which could cause any stigma in any manner to his privileges, status (professional, official or otherwise).

Singh also sought compromise between the parties in a case registered under various sections of the Indian Penal Code, including his earlier PSO, Vimazho Natso, as an accused.

“The respondent also has no objection to the compromise between the parties in view of poor and pathetic condition of the family of the accused, who has apologised saying that he committed the act under hallucination caused by withdrawal syndrome,” his note said.

The Nagaland government, in its plea, had said the Lokayukta insisted to function online from Delhi by making a representation to the Chief Secretary in May 2019, citing that his house is far away from the office, the terrain is hilly, and he has his library in Delhi and for security reasons. A letter dated June 6, 2019 was engineered from the department permitting him to function from Delhi.

“Later when the Chief Secretary learned that one such letter was issued purportedly on his approval though he was not aware of the same, immediately thereafter a letter was issued to the Lokayukta stating that the earlier letter issued by the department did not have the approval of the Chief Secretary, and therefore, the same stands withdrawn and the Government intends to conduct an inquiry in the matter,” Nagaland Advocate General K.N. Balgopal said in a statement.