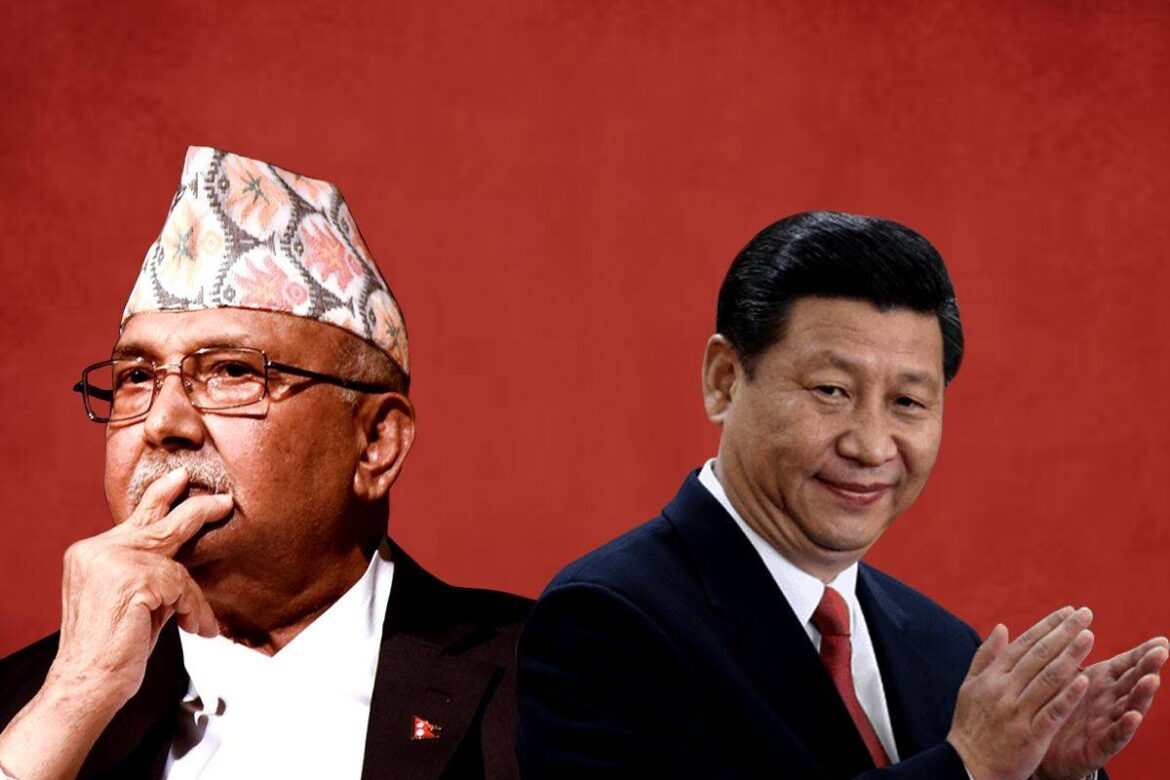 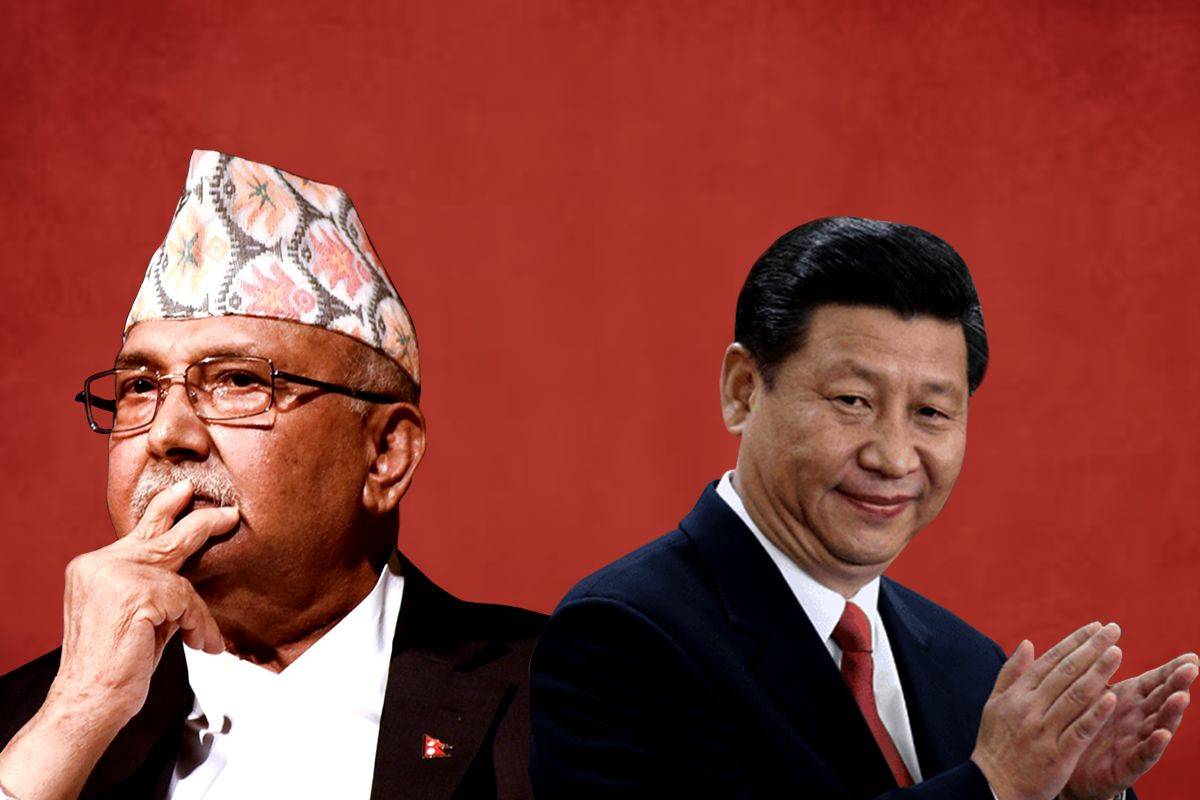 China seems set to suffer an embarrassing setback in Nepal. Desperate efforts by Beijing to keep the Nepal Communist Party (NCP) united is not bearing any fruit.

A high-level delegation from the Communist Party of China (CPC) headed by the vice-minister of its International Department, Guo Yezhou, was sent by President Xi Jingping to resolve the crisis caused by Prime Minister Khadga Prasad Sharma Oli’s decision to dissolve Parliament and hold fresh elections.

A majority of the members of the NCP’s Standing Committee have sided with the anti-Oli faction, which also seems to enjoy the confidence of a majority of NCP lawmakers.

With Nepal President Bidya Devi Bhandari accepting Oli’s recommendation to dissolve Parliament, the country is headed for a two-phase poll in April-May next year.

But the NCP is headed for a split with both the warring factions deciding to contest the elections separately and laying claim to the ‘NCP’ name and symbol.

Oli and Dahal became the co-chairs of the new party.

The merger decision, announced in October 2017, took everyone by surprise and was considered to be a major achievement by Beijing.

The NCP swept the federal and provincial polls and Oli became the Prime Minister while retaining the post of co-chair.

But before Oli became the PM with Dahal’s backing, the two had reached an informal agreement that Oli would give up the party co-chair’s post and Dahal would become the sole chairman of the NCP.

The informal deal between the two also stipulated that Oli would step down from the PM’s post after 2.5 years in Dahal’s favour.

But Oli refused to honour the deal, thus creating a trust deficit between the two sides that has only widened.

Oli’s efforts to marginalise other leaders in the NCP, including his former colleagues from the CPN(UML), and his unilateral actions as well as his authoritarian ways alienated many within the party.

All of them ganged up against Oli earlier this year and challenged him. Their initial demand was that he step down from the party co-chair’s post and adopt a consultative approach.

But as Oli refused to budge, his detractors demanded that he step down from the Prime Minister’s post as well.

With the NCP gripped by a series of crises, China’s ambassador to Nepal, Hou Yanqi, took a proactive role to resolve them and keep the NCP united.

However, the rifts and the level of distrust between top leaders of the NCP ran too deep and Yanqi’s efforts came unstuck when Oli got his council of ministers to recommend dissolution of Parliament on December 20.

China feared that with the NCP headed for a split, its influence over the Himalayan country would shrink drastically.

In order to stave off a crisis, Yanqi had even suggested to Oli that he step down and allow Dahal to become the Prime Minister.

The Chinese envoy assured Oli that Beijing would back him for the Prime Minister’s post if the NCP wins the next Parliamentary polls (due in end-2022), as it surely would if it stayed united.

An enraged Oli rejected the Chinese envoy’s suggestion. After he recommended dissolution of Parliament, Yanqi met him (Oli) again and requested him to rescind the recommendation.

But Oli reportedly told her off and asked her point blank to stop interfering in Nepal’s internal affairs.

A shocked Yanqi urged her bosses in Beijing to intervene directly. Accordingly, the CPC bosses deputed vice-minister Guo Yezhou and a few other senior functionaries to Kathmandu to resolve the crisis.

Yezhou shares a good rapport with NCP leaders since he was closely involved in the merger negotiations between the CPN(UML) and the CPN(Maoist).

Yezhou and his team landed in Kathmandu on Sunday and met President Bhandari as well as Oli. The Prime Minister reportedly turned down their request to recall the order dissolving Parliament.

Oli, while rebuffing the Chinese, told them that he would wait for the Supreme Court’s verdict on a clutch of petitions challenging his dissolution order. And also that he had been forced to take the drastic step since his detractors in the NCP were not allowing him to function.

Oli also hinted to the Chinese that he holds them indirectly responsible for the crisis since they had failed to make Dahal, Nepal and other rebels fall in line.

The Chinese can now only hope that the Supreme Court upholds the pleas against Oli’s move and orders restoration of Parliament.

But that will not resolve the crisis within the NCP since intra-party divisions will remain. In fact, they will only deepen if the apex court rules against Oli since that will embolden Oli’s opponents in the NCP to step up their offensive.

Either way, the NCP is headed for a split and there is perhaps precious little that Beijing can do about it.

The Chinese delegation also met Dahal and other NCP leaders, as well as leaders of the opposition Nepali Congress and the Nepal Samajbadi Party.

Dahal and other anti-Oli leaders in the NCP are in talks with the two opposition parties to form a broad front against Oli.

The Chinese delegation’s meeting with the opposition parties has only made Oli angrier and he is learnt to have told his close aides that he construes that as backstabbing by Beijing.

After having stuck out his neck to take Nepal into China’s tight embrace (some say it’s more of a vice-like grip), Oli feels let down by Beijing and suspects that his Chinese ‘friends’ will no longer hesitate to desert him for their own interests.

“Dahal and Nepal have promised the Chinese delegation that they would not only protect China’s interests in Nepal, but will prove to be better friends than Oli. Oli thus feels that the Chinese can desert him and back his detractors,” a close aide of Oli told Swarajya from Kathmandu.

But China’s efforts to resolve the crisis in Nepal is not likely to work since there is no way that the warring factions within the NCP can work together anymore.

And a realignment of forces with a section of the NCP joining hands with the Nepali Congress and/or the Samajbadi Party is also not viable.

China, thus, will have to reconcile itself to its overarching influence over Nepal waning. And that will be in Nepal’s own interests.