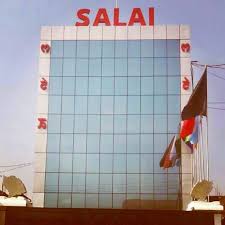 Imphal, December 7, 2020: The Special Judge NIA (National Investigation Agency) Manipur heard the bail plea of 2 Directors of the Salai Holdings who were arrested by NIA on December 3.

The Special Judge passed the order after hearing the Special PP NIA and defense counsels of the accused before the Court at length today.

Elangbam Brojendro of Keishamthong Elangbam Leikai and Narengbam Biswajit of Tera Loukrakpam Leikai were produced before the Court of Special Judge NIA after the completion of further three days police custody remand by Assistant Investigation Officer of NIA, Vinod Bhagwan Kadam who also prayed the Court for remanding the two to judicial custody for more days.

The Court after hearing both the sides and perusing the case record, written statement submitted by NIA seeking remand; remand objection and bail application filed by the defense counsels, ordered the release of the two accused on bail on the execution of Rs 1 lakh PR bond along with a surety of the same amount.

The two were arrested by the NIA for allegedly running a Ponzi scheme and in connection with a case registered against Narengbam Samarjit, founder and former Managing Director of Salai Holdings. In October 2019, N Samarjit had also announced formation of a Government in exile in London.

The Court also set conditions that the accused should not temper and threaten the witness of the present case, should submit their passport before the Court, should appear before the NIA office camp on every second Sunday for a period of one year in connection with the case and should not leave the State without the permission of the Court.